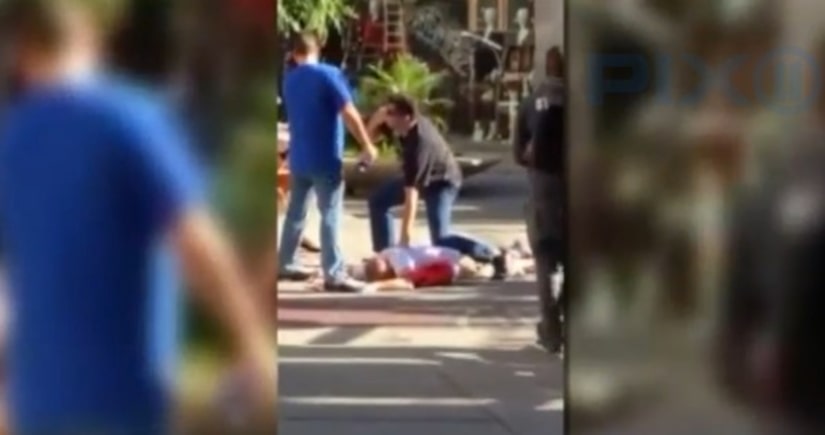 HOLLYWOOD, Calif. -- (WPIX) -- Two off-duty NYPD officers on a business trip responded to the call when they nabbed a 54-year-old man suspected of stabbing a tourist at a Hollywood shopping center.

According to the LAPD, a Russian tourist with his family was shopping at a popular mall in Hollywood when he was attacked by a "transient person" after an altercation Wednesday afternoon. However, the culprit was briefly detained by the off-duty cops.