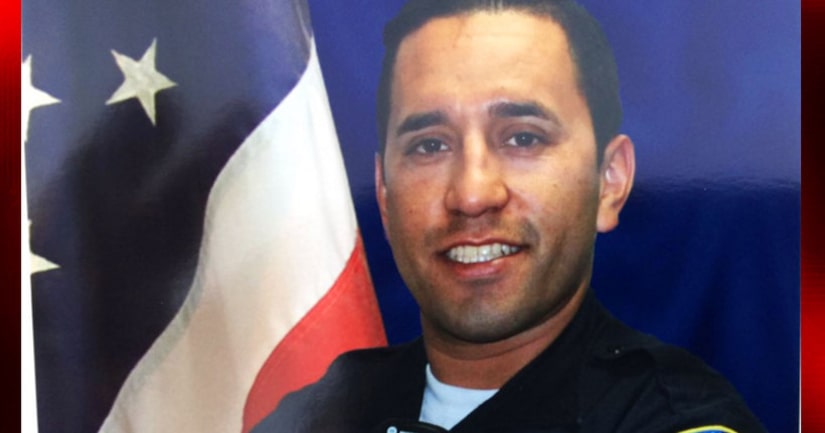 LOS ANGELES -- (KTLA) -- A Downey police officer fatally shot while sitting in his personal vehicle in the station's parking lot was the victim of a botched robbery, according to investigators.

Ricardo Galvez, known as "Ricky," was parked in an unmarked vehicle in the police station's lot, located in the 10900 block of Brookshire Avenue, when two people ran up and at least one opened fire around 11 p.m. Wednesday, according to the Los Angeles County Sheriff's Department.

Three people believed to be responsible for the shooting, identified as two male adults and one male juvenile, were in custody, Sheriff's Lt. John Corina said during a news conference.

“It looks like these guys were out looking for somebody to rob,” Corina said. “They saw Officer Galvez sitting in his car — it was his personal car — and they thought, well, we're going to go up and rob this individual. When they approached the car, that's when they shot him.”

Galvez, 29, was nearing the end of his shift when the “brazen” shooting occurred, Corina said.

A patrol officer heard the gunfire and pursued the suspected gunmen, Corina said.

The pursuit ended near Washington Boulevard and Carob Way in Montebello where multiple people, including both men and women, were detained.