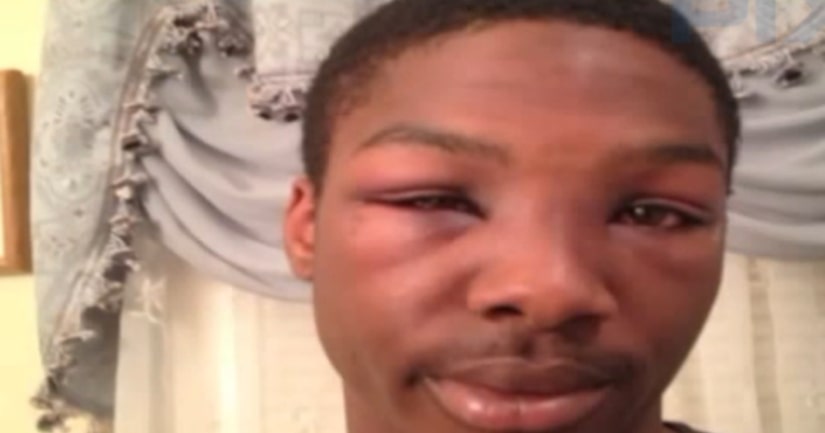 MINEOLA, N.Y. -- (WPIX) -- A police officer who was captured on surveillance video giving a beatdown to a motorist, with the help of his patrol partner, went to trial on Tuesday.

Nassau County Police Officer Vincent LoGiudice faces felony and misdemeanor assault charges from the April 2014 incident. He and his legal team, however, said that there's more to the story than meets the eye, literally, and that a full examination of the case will result in the officer bring acquitted.