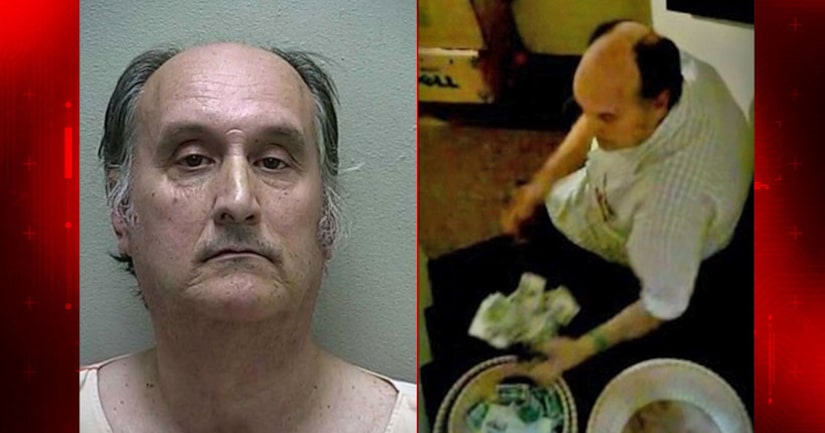 OCALA, Fla. -- (WKMG) -- A 60-year-old church usher was arrested Sunday in Marion County on allegations of stealing money from offering baskets while the congregation prayed with their eyes closed and heads bowed, deputies said.

Mario Condis was arrested on one count of grand theft and three counts of petit theft.

According to the Marion County Sheriff's Office, deputies received a call from officials at Blessed Trinity Catholic Church about suspicions that a volunteer usher was stealing money.

Deputies set up surveillance cameras in the church and said they caught Condis stealing money during each Mass.

Detectives watched Condis on Sunday during Spanish Mass and saw him taking money from the baskets and placing it in his pockets, according to the Sheriff's Office.

Marion County sheriff's detectives approached Condis as he walked toward the altar and escorted him out of the church.

About $350 was found in Condis' pockets, and he initially claimed that it was his money, deputies said. He said he was going to put the money on the altar, but detectives took him into custody.