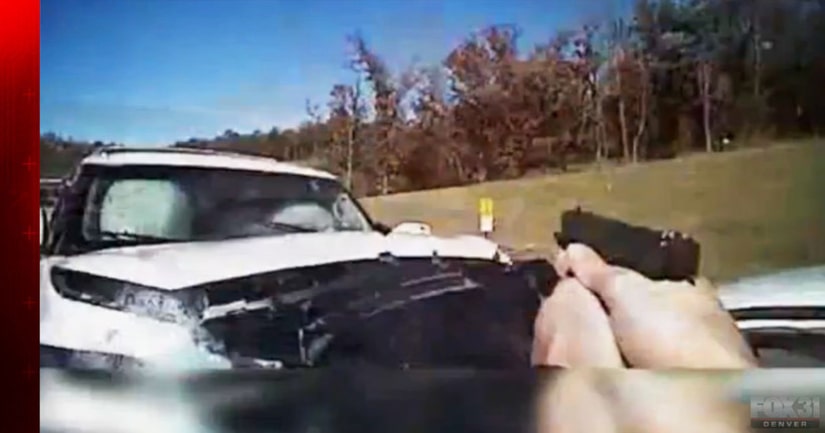 Body camera footage captures the shocking moments as the suspect in a stolen vehicle rammed her car into a police officer's patrol car last week.

The video shows officer Matt Stacy pulling over to lay down tire spikes, but the white SUV showed no signs of stopping, accelerating toward Stacy at nearly 50 mph.

"This officer had to make his decision in less than three seconds what he was gonna do,” Sand Springs Police Chief Mike Carter said.

The footage from another officer's body camera shows Bunsey popping out through the sunroof, ignoring police orders and yelling obscenities.

After disobeying several orders, a stun gun was used on Bunsey.

Stacy walked away from the incident with just minor cuts and bruises.