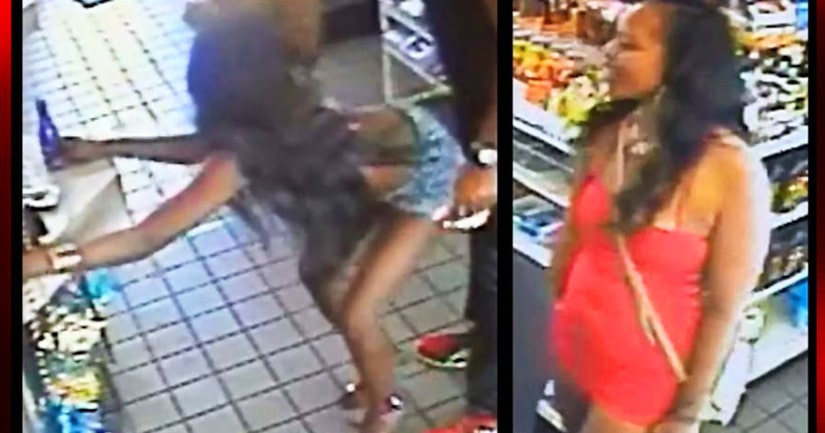 WASHINGTON, D.C. -- (WXIX) -- Two women who twerked on and groped a man in a Washington, DC, convenience store are wanted for sex abuse.

The Washington, DC, Metropolitan Police Department is asking the public for help identifying the women shown on surveillance video on Oct. 7 at a store in the 1700 block of New York Avenue, NE. It was around 4 p.m. when one of the women began twerking on the man and the other repeatedly fondled him, according to authorities.

Police are investigating the case as a third-degree sexual abuse incident.