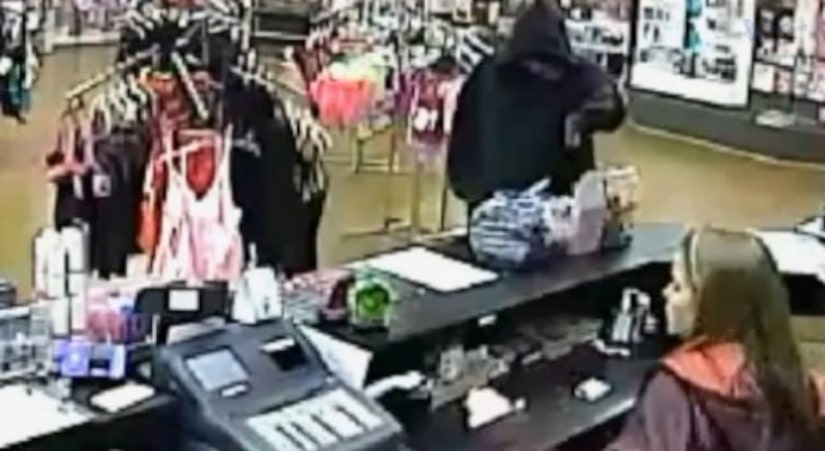 An armed robber was caught on video stealing from an adult-novelty store.

Police believe it is the same man who also held up two pizza restaurants in southwest Oklahoma City late October.

Police said, around 10 p.m. on October 26th, surveillance cameras at Christie's Toy Box captured a moment of pure terror for a store clerk.

In the video, you see a man in a black hoodie with a bandana covering his face enter the store.