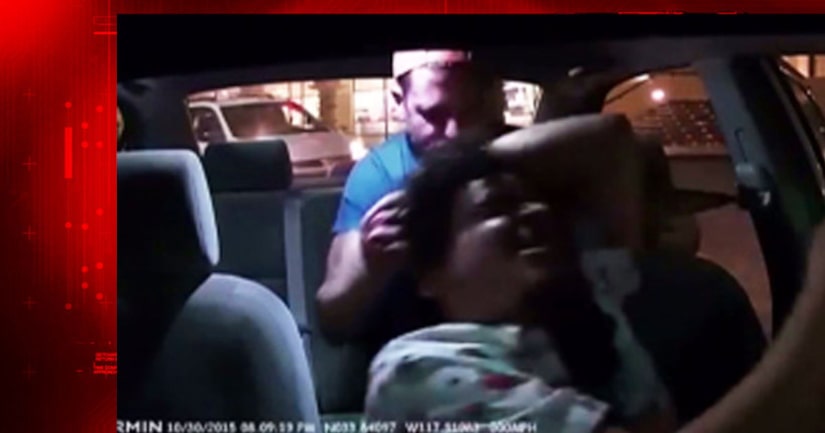 COSTA MESA, Calif. -- (KTLA) -- An Uber driver on Sunday recounted a violent incident in Costa Mesa that was captured on video and resulted in the arrest of a 32-year-old passenger.

Benjamin Golden, of Newport Beach, was taken into custody on suspicion of public intoxication and assaulting a cab driver, said Sgt. Cameron Phillips of the Costa Mesa Police Department.

The attack was reported at 8:10 p.m. in the 1800 block of Newport Boulevard, where the driver said he was punched by the suspect and responded by spraying him with Mace, according to the sergeant. No other information about the arrest was available.