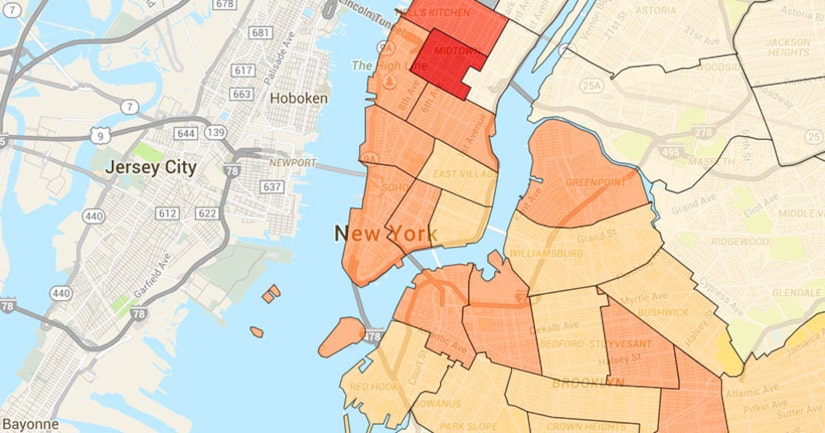 Breaking down the most dangerous neighborhoods in New York City when it comes to total crimes per 1,000 residents:

Number 5: East side of Bedford-Stuyvesant

According to the New York Police Department, in the past year there have been four murders, 256 felony assaults and 54 vehicles stolen.

With a total of 833 crimes, including three murders, 163 robberies and 270 felony assaults.

Including the West Village and the Washington Square Park area. There haven't been any murders, but there have been more than 1,100 total crimes, including 826 incidents of theft.

Hell's Kitchen saw 145 burglaries and more than 1,200 incidents of theft over the last year.

The area with the most tourists, Midtown, including Times Square, Bryant Park and the Empire State Building. In the past year alone there have been six murders, 155 robberies, 126 felony assaults and 220 burglaries.

For in-depth crime statistics in the city: NYPD Crime Prevention and Statistics