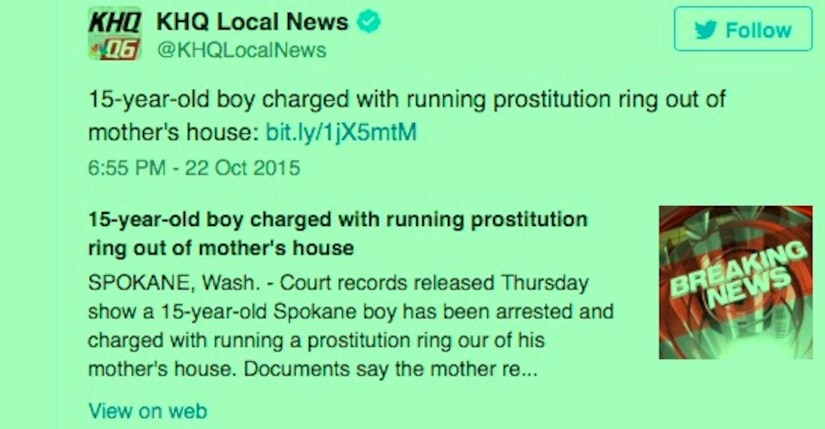 SPOKANE, Wash. -- (WPIX) -- A 15-year-old Washington teen has been charged with running a prostitution ring out of his mother's house, according to court documents obtained by KHQ-TV.

According to the report, the mother received 25 percent of the profits.

Documents show the women involved in the operation were as young as 14 years old, according to KHQ-TV.