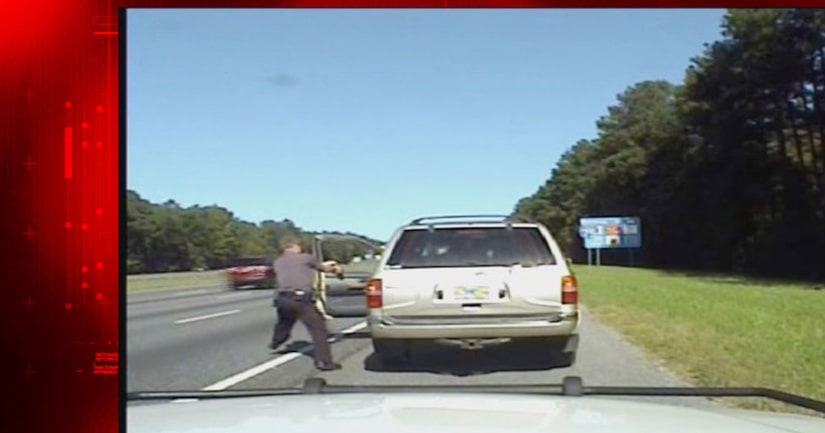 ATLANTA -- (WGCL) -- Police released dash cam video from the patrol car of a police officer who shot and killed a man during a traffic stop.

The incident started when Officer Robert Smith pulled over an SUV for a tag issue in Emerson, which is about 38 miles northwest of Atlanta.

It turned out the driver, 27-year-old Brent Brannon, was wanted on several felony warrants, including drug trafficking and gun charges.

"Step out of the car for me," Smith asked, moments before using his taser.

The taser didn't work and moments later the encounter took a deadly turn.

More than a dozen shots were fired, and as the adrenaline slowed, Smith could be seen pacing in front of his car, clearly shaken. He could then be heard off camera briefly explaining to another officer what happened.