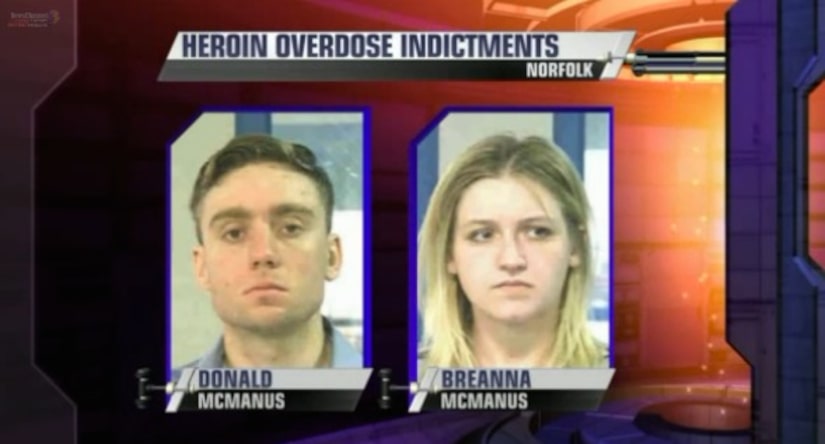 Norfolk, Va. -- (WTKR) -- On Thursday, a sailor assigned to the USS George H.W. Bush and his wife pleaded guilty to smuggling heroin onto the carrier, which led to the overdose of an active duty sailor.

The incident happened from February 18 - February 23. Donald McManus, 22 and his wife Breanna McManus, 23, were charged in August of 2015.

While Donald McManus was serving as an active duty sailor on the aircraft carrier, officials say Breanna McManus smuggled heroin and syringes hidden in her clothing to her husband.