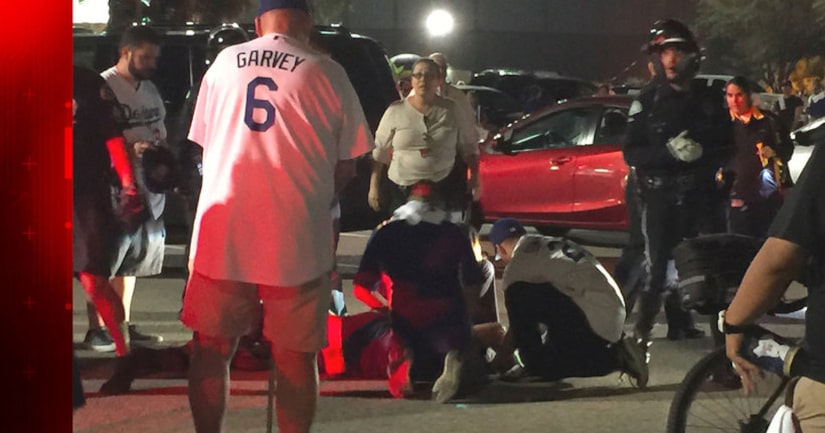 LOS ANGELES -- (KTLA) -- One person remained hospitalized Monday, three days after a fight between two fans outside Dodger Stadium, according to LAPD.

An argument escalated into a physical altercation about 10:30 p.m. Friday outside Dodger Stadium in one of the parking lots, Los Angeles Police Department spokesman Officer Mike Lopez said.

Friday marked Game 1 of the National League Division Series between the Dodgers and New York Mets. The Mets won 3-1. The fight occurred after the game, Lopez said.

The victim, whom Lopez described as “younger” but not a juvenile, was transported to a hospital in critical but stable condition, the officer said.

No one was arrested, Lopez said.