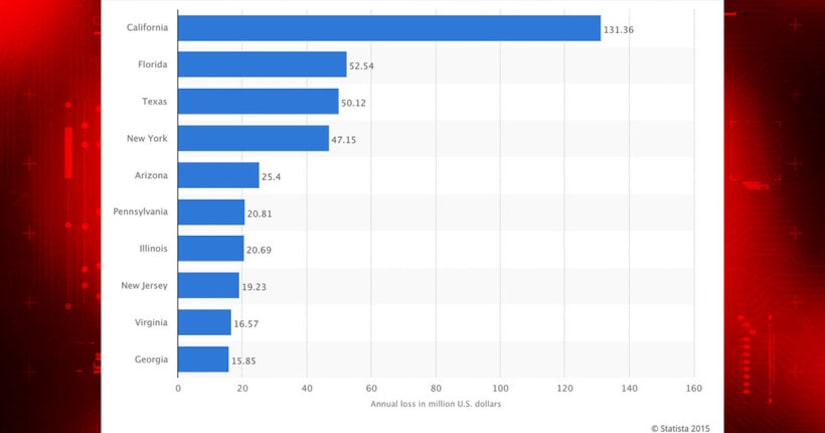 Loss through cyber crime in the United States in 2014, by victim state (in million U.S. dollars) - Statista.com