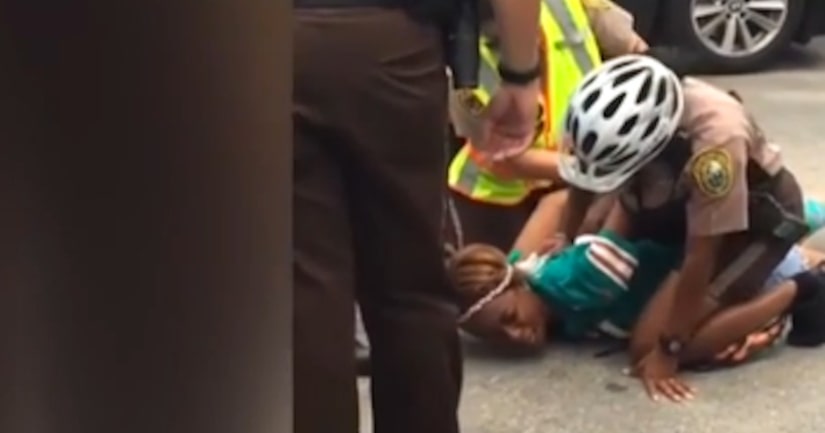 MIAMI GARDENS, Fla. -- (WKMG) -- A Miami Dolphins player's wife was arrested Sunday as fans were walking out of Sun Life Stadium following the Dolphins' 41-14 loss to the Buffalo Bills.

WPLG reports Miami-Dade police arrested Miko Grimes, 40, after the game. She is the wife of Dolphins cornerback Brent Grimes. She bonded out of jail early Monday morning.

A video posted on Twitter showed Miko Grimes was shouting: "Get off my f-- leg! Are you f-- serious right now?" A male is heard saying, "She tried to walk through."