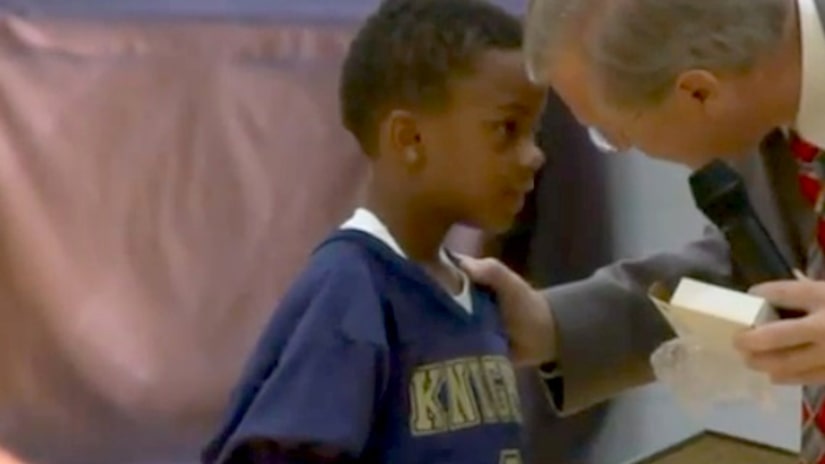 ST. CLAIR COUNTY, Ill. -- (KTVI) -- Nine-year-old Nicholas Day doesn't have to wear a gold shield to prove his bravery. But Tuesday morning they gave him one anyway.

"You did a great job, okay, so keep it up. It's kids like you that make other kids stronger, and you just keep it up," says Sheriff Rick Watson, St. Clair County Sheriff.