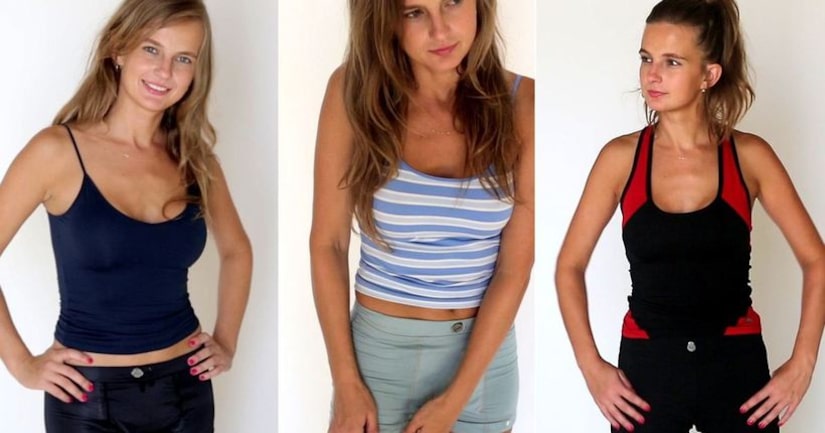 Fashion designers have stoked controversy for a range of items they say can offer potential crime victims protection. We've curated a list of some of the most talked about. 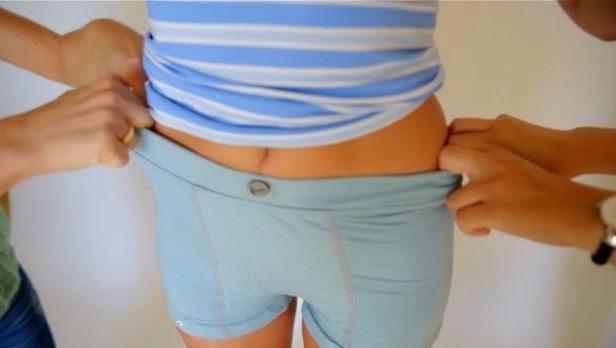 IndieGogo/AR Wear
One of the designs from AR Wear, showing how the waistband is meant to resist pulling from a potential attacker.

The founders of a clothing line branded "AR Wear" sparked intense debate in 2013 when they launched an IndieGogo campaign to fund the production of garments they claim offer "wearable protection for when things go wrong."

The range of undergarments and shorts rely on locks placed at the waist and leg-bands the founders say prevent the items from being pulled, torn or cut by an attacker.

AR Wear exceeded its $50,000 fundraising goal and in a video published earlier this month stated they were in the process of finding a "strategic partner" in order to move into production. 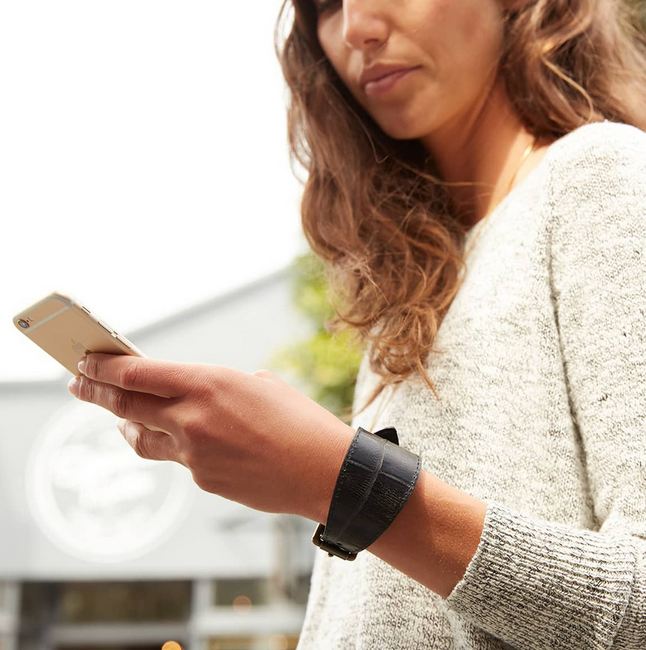 Cuff
Cuff's leather bracelet can be fitted with technology that allows wearers to dial 911 or send an alert with a "discreet press," according to the company.

Wearable technology company Cuff sells a range of items, from sport bands to leather bracelets and pendant necklaces, all with the capacity to be fitted with modules that connect to a mobile app.

According to Cuff, users can dial 911 or send an emergency alert to friends and family with a "discreet press" while wearing one of the items. 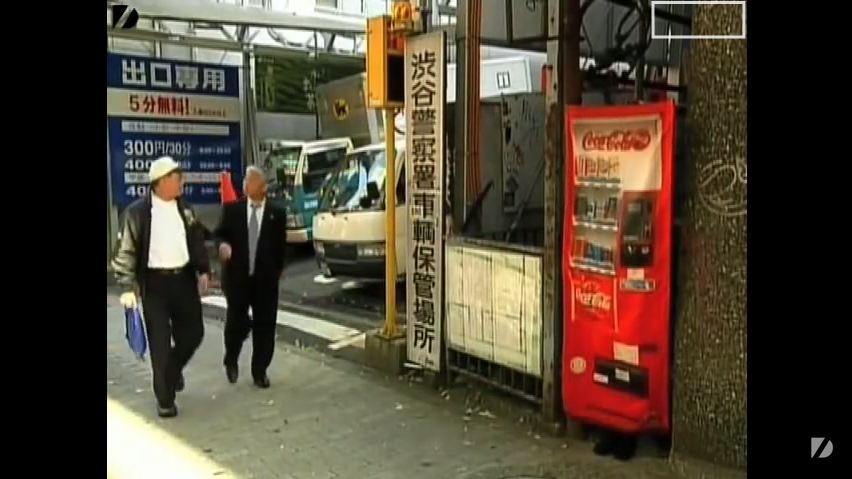 Diagonal View
Japanese fashion designer Aya Tsukioka has made a so-called "vending machine dress" meant to act as a piece of urban camouflage.

Tsukioka printed life-sized photos of soft drink bottles and logos on large piece of fabric stitched together to act as urban camouflage. The designer told the New York Times the fabric could be unfolded from a skirt and quickly lifted over the body, helping users to evade potential attackers. 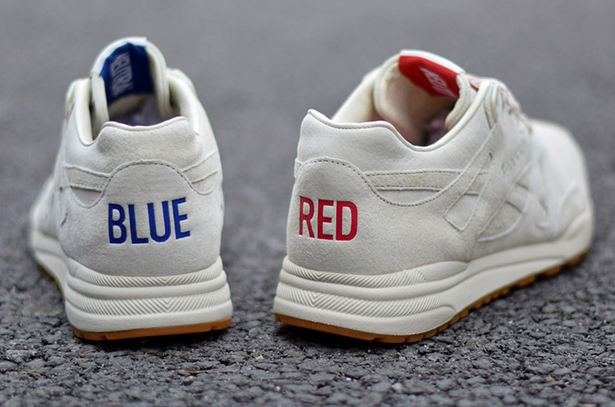 Footwear News
Kendrick Lamar is promoting peace between gangs in his native Los Angeles in his collaboration with Reebok.

Rapper Kendrick Lamar set out to promote peace between gangs in his native Los Angeles earlier this year in his collaboration with Reebok.

His signature Ventilator featured the word "red" on the right shoe and "blue" on the left, referencing the signature colors of two prominent gangs in the city, the Bloods and the Crips.

The word "neutral" also appears on the inner tongue of the sneakers, which are currently sold-out, according to Reebok. 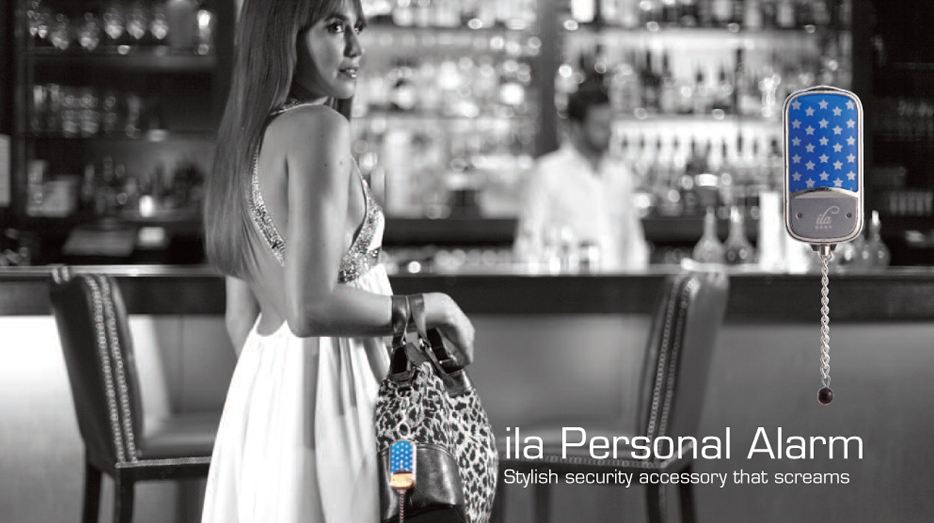 UK-based company ila Security sells a personal security alarm it says is designed to be "kept on display as a fashion accessory," either by attaching it to a handbag or using it as a keyring.

The device, called the ila Dusk, emits an "ear-piercing 130-decibel female scream" with the aim of disorienting an attacker, according to the company. 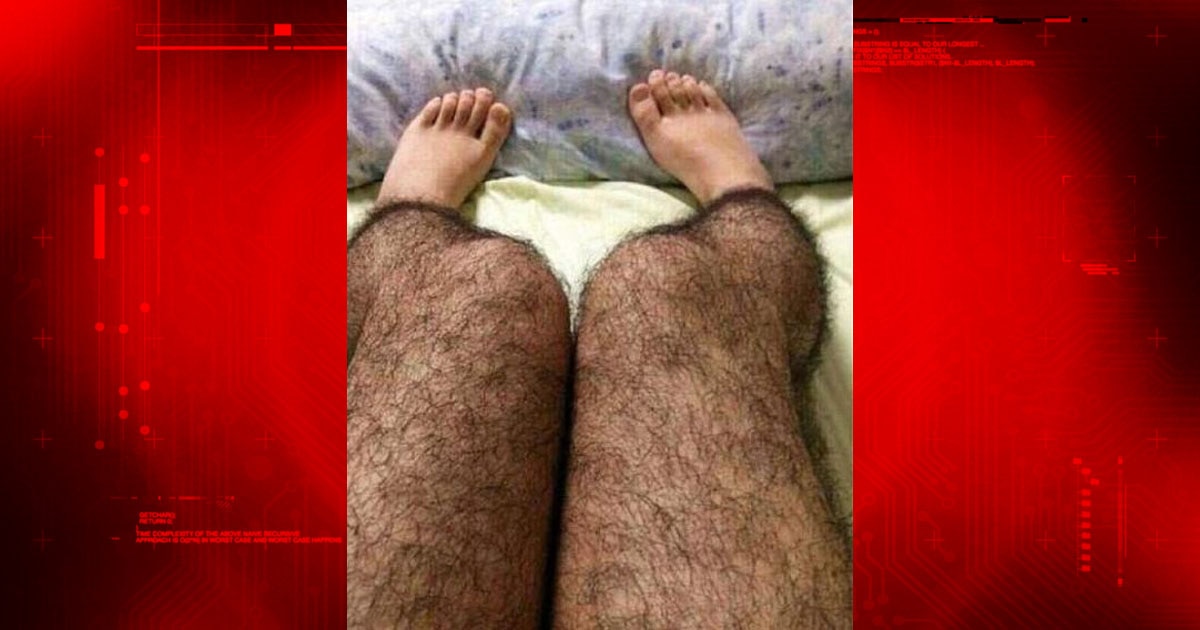 Refinery29
A photo of these "full-leg-of-hair stockings" went viral in 2013.

In 2013, this photo was flung around the Internet after it was posted on China's micro-blogging service Sina Welbo.

A user on the website described the legwear as a "super sexy, summertime anti-pervert full-leg-of-hair stockings," pitching them as "essential for all young girls going out," according to Refinery29. Siren Ring
Siren Ring outfits its jewelry with an 110-decibel alarm, according to the company.

New York-based Siren has developed a ring that houses a 110-decibel alarm that can be activated "in less than 2 seconds," according to the company website.

The large rings, which come in a range of jewel tones, are activated by twisting the top of the 60 degrees counterclockwise into a locked position, activating the alarm. 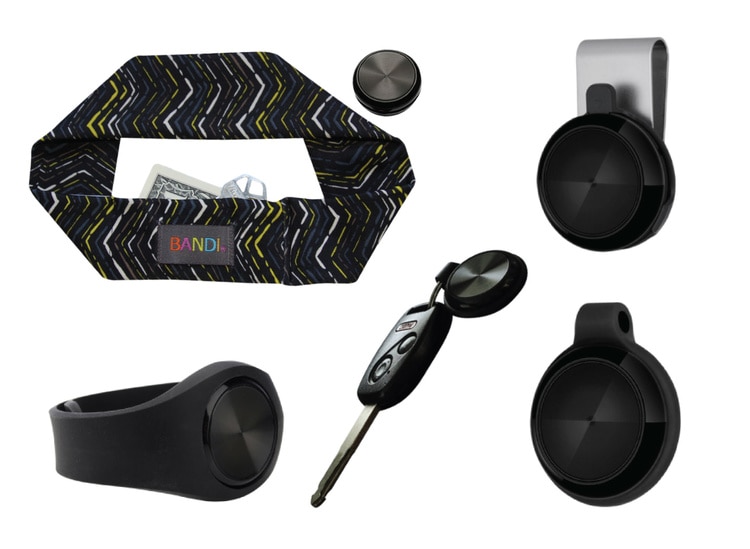 FirstSign.us
Mace Wear and First Sign have collaborated on wearable technology that can be placed inside headbands, wristbands, clips and keychains.

First Sign and Mace Wear have partnered on an advanced sensor, or pod, that can be placed inside headbands, wristbands, clips and keychains and manually activated "with a push of a button."

According to First Sign, when worn inside a headband or wristband, the pod can detect a head injury. It can also trigger an alarm when the wearer is blocking or returning strikes, the company's website states. 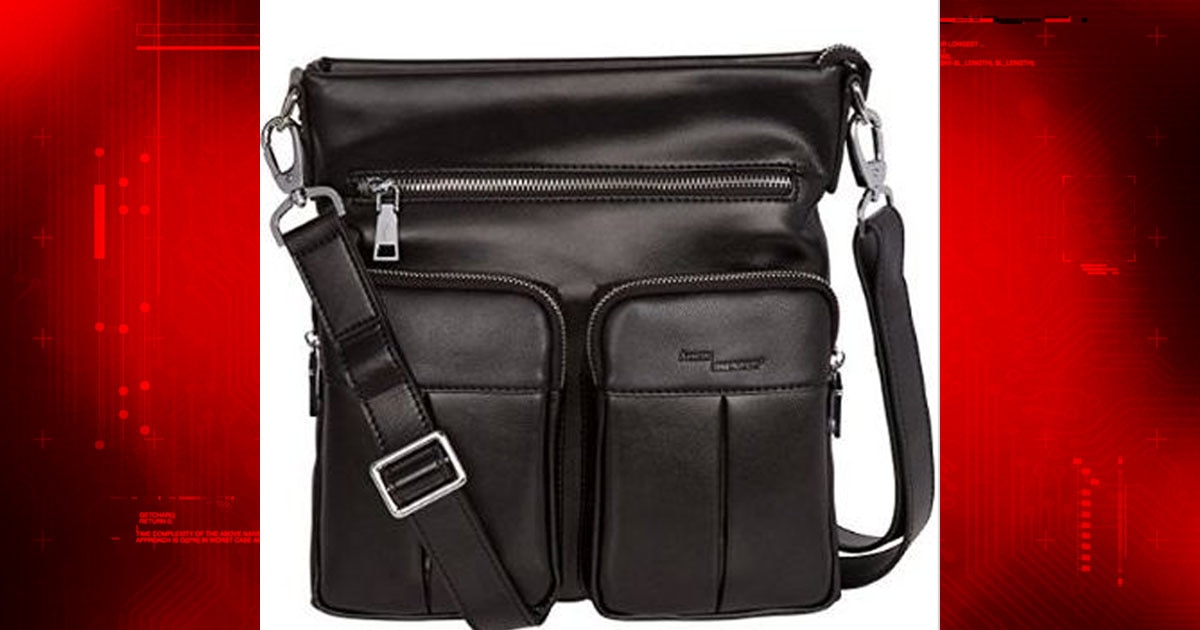 Thieves can be blocked from electronic pick-pocketing with bags and wallets meant to block radio-frequency identification transmission.

Several brands offer their own versions of so-called RFID-blocking items, including the above messenger bag from RFID Denied, which promises to meet government security standards.

According to Consumer Reports, credit card holders can achieve the same effect by lining their wallets with duct tape and aluminum foil. 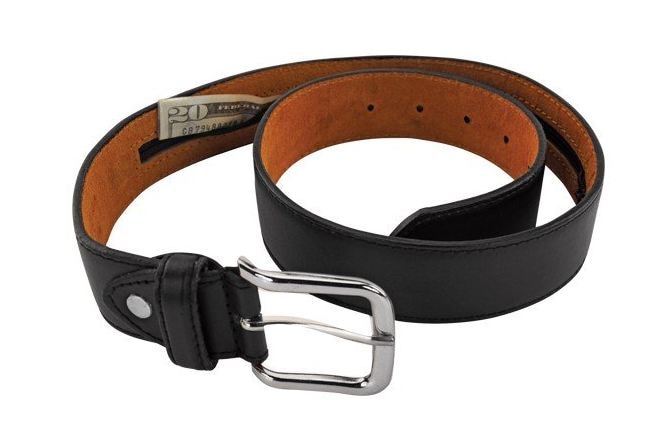 DreamProducts.com
Cash, credit cards and other small items can be tucked into money belts like the one above.

For the fanny-pack averse concerned about being pick-pocketed, dozens of brands offer discreet money belts like the one above.

A zippered pocket allows you to hold cash, keys or jewelry without anyone knowing.