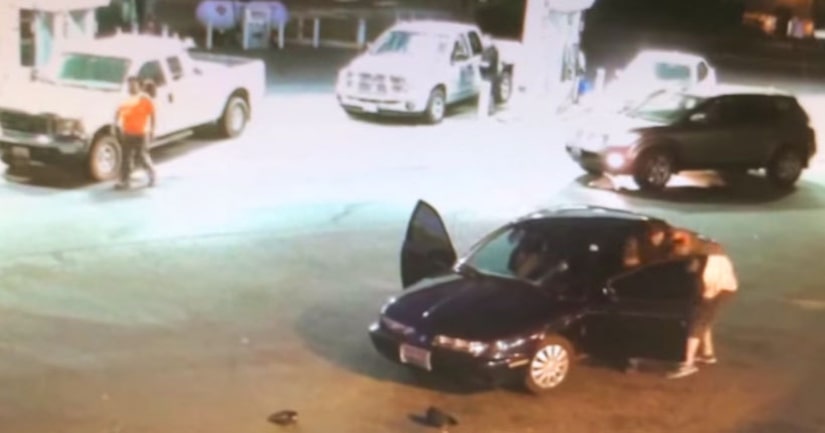 According to the Pierce County Sheriff's Department, a customer left his car running around 6 a.m. August 27th and ran inside the store located in the 17000 block of Forest Canyon Rd E.

As the owner came out from the store, he saw caught the suspect in the process of stealing the car. Video shows the owner getting the suspect out of the car as he tries to drive away.

He and other bystanders were able to hold the suspect, Travis Warfel, until deputies arrived.