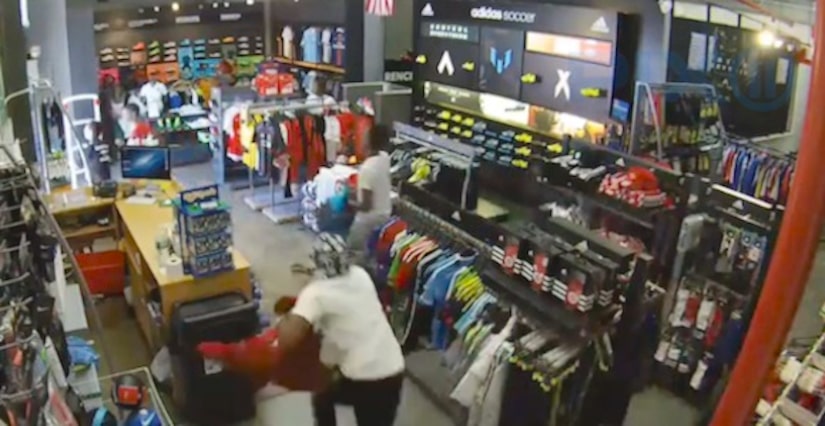 BROOKLYN -- (WPIX) -- Police are searching for a group of teenagers they say robbed a Brooklyn clothing store last month.

The incident happened Aug. 10 just before noon at the Upper 90 Clothing store on Atlantic Avenue in Boerum Hill.

Five boys and three girls, all in their teens, entered the store in pairs of two. The teens are seen on surveillance video browsing the store for about a minute.

Two of the suspects were shown on surveillance video taking shirts off of a clothing rack and shoving them into bags.