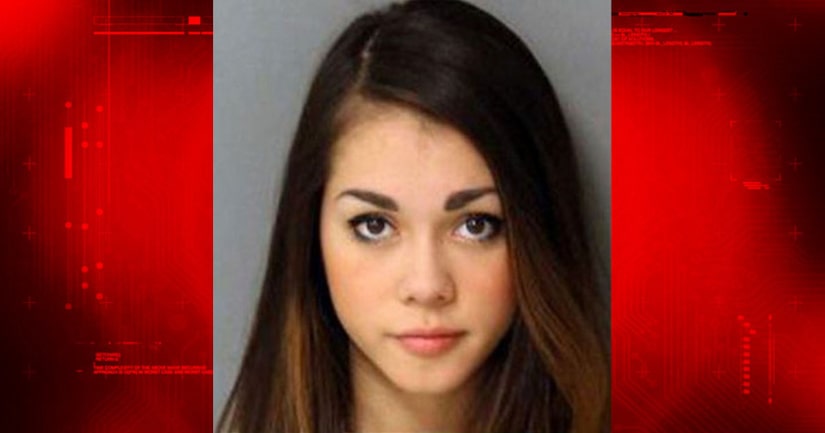 From #MugshotMonday to #FelonCrushFriday, booking photos have made dozens of suspected and convicted criminals internet famous. Here's our list of some of the most memorable:

Eighteen-year-old Alysa Bathrick became known as the "cute mugshot girl" last December following her arrest on charges of possession of a schedule IV controlled substance with intent to distribute.

The teen reportedly posted her booking photo on Twitter, writing: "Surrendered myself at 7 a.m., got released at 11:30 a.m. F*** what you heard. And my mugshot's cute.”

Bathrick's legal issues continued when she was arrested for shoplifting in January. The office of the Wake County Clerk of Court confirmed with Crime Watch Daily she was found guilty in that case.

Bathrick was convicted of a misdemeanor and is now on probation/parole, according to the North Carolina Department Of Public Safety. 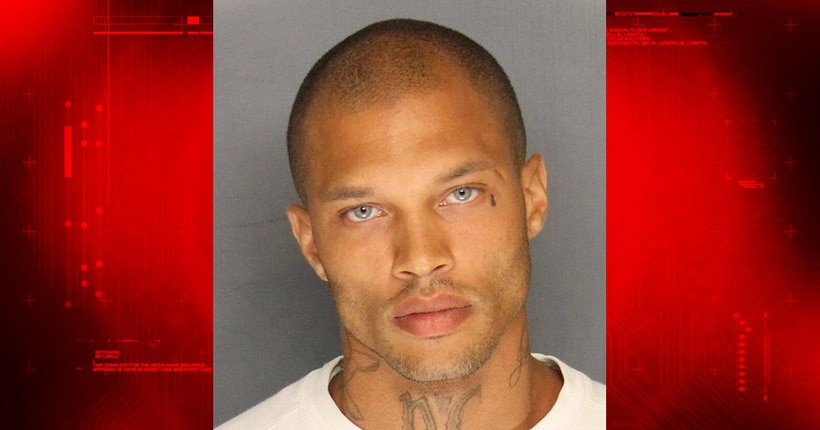 Meeks became an internet sensation in June 2014 when he was arrested by Stockton, California police.

He was charged with felony weapon and gang related charges and sentenced to 27 months in federal prison but that didn't stop internet admirers from launching the #FelonCrushFriday hashtag in his honor.

Meeks told ABC News in February he is hoping for a November release and has plans to turn his internet fame into a modeling and acting career after signing with White Cross Management. 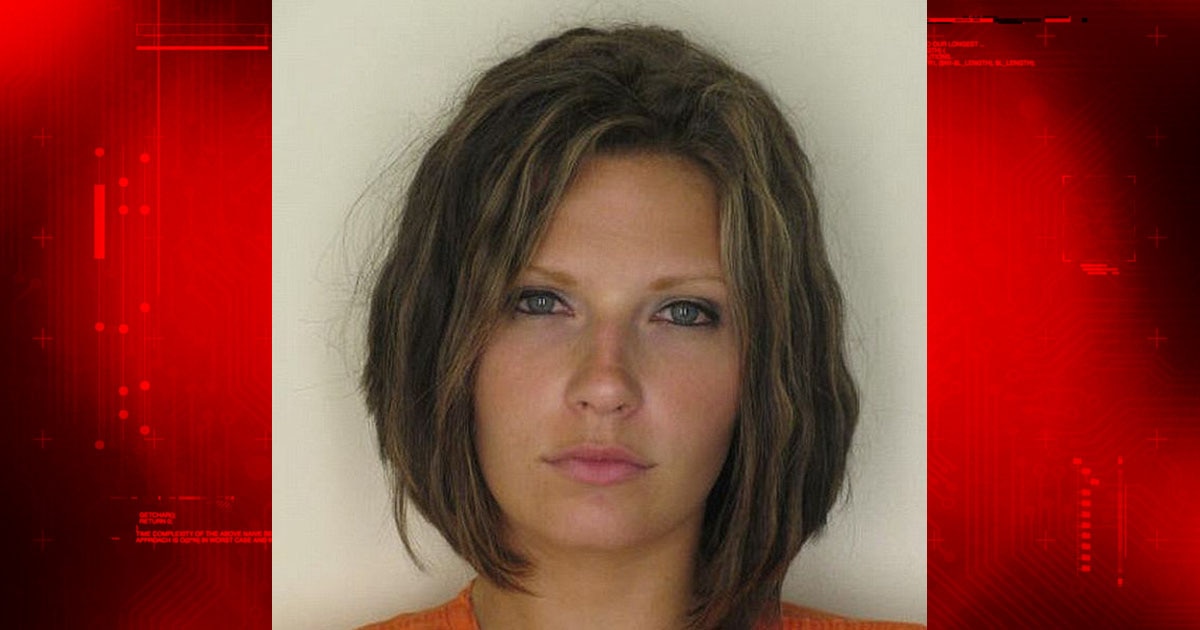 Huffington Post
Meagan McCullough settled down in Florida, where she began working as a medical assistant, after her 2010 booking photo earned her internet fame.

Meagan McCullough was arrested for DUI in 2010 and years later is still known as the "attractive convict."

Her charge was reduced to reckless driving and Mccullough, who began using her maiden name, Simmons, following her arrest, was sentenced to a year probation, according to the WTSP.

The outlet reports she moved to Florida with her four children and began working as a medical assistant after putting her legal issues behind her. 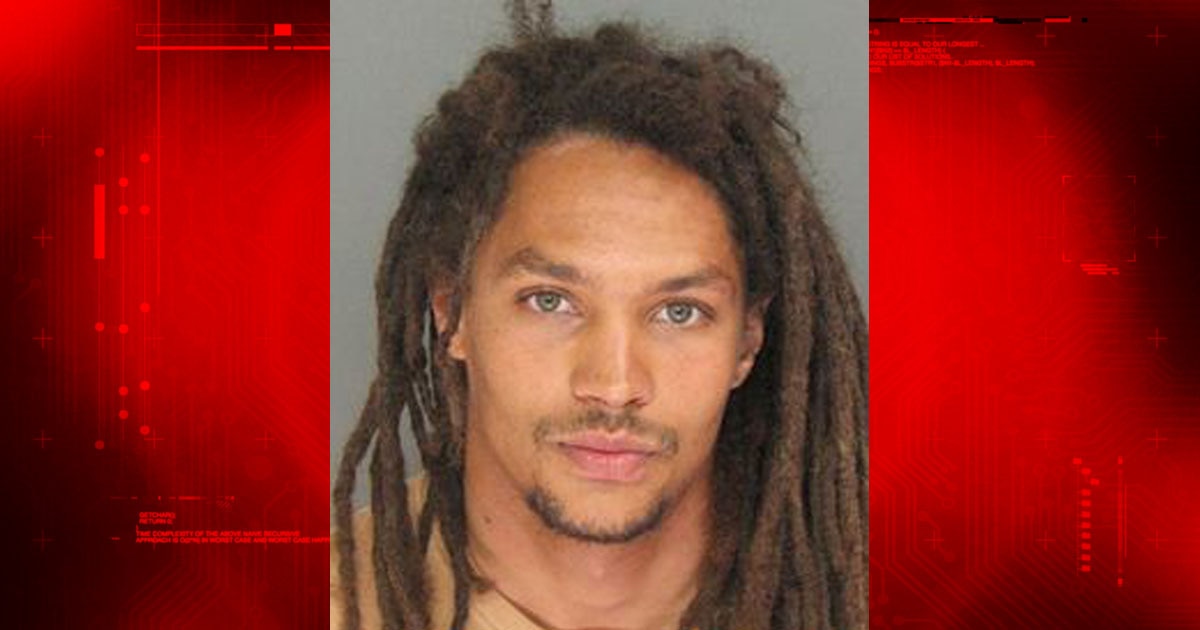 Santa Cruz Police Dept.
Sean Kory was arrested in November 2014 for allegedly attacking a woman dressed as a Fox News reporter for Halloween.

Jeremy Meeks had some competition to contend with following the November 2014 arrest of Sean Kory. In a re-cap of Halloween arrests Santa Cruz police stated the 29-year-old was taken into custody after he attacked a person dressed as a Fox News reporter, telling him he "hates Fox News."

Kory then allegedly grabbed the victim's microphone, placed it down the front of his pants and proceeded to “rub the microphone on his crotch” before attacking the victim with an aluminum tennis racket. Police said the victim was not injured.

A spokesperson for the Superior Court of California County of Santa Cruz did not immediately respond to Crime Watch Daily's request for a status update on the case.

However, a Facebook page attributed to Kory states he, like Meeks, was also offered a modelling deal, although it's unclear if he's landed any campaigns. 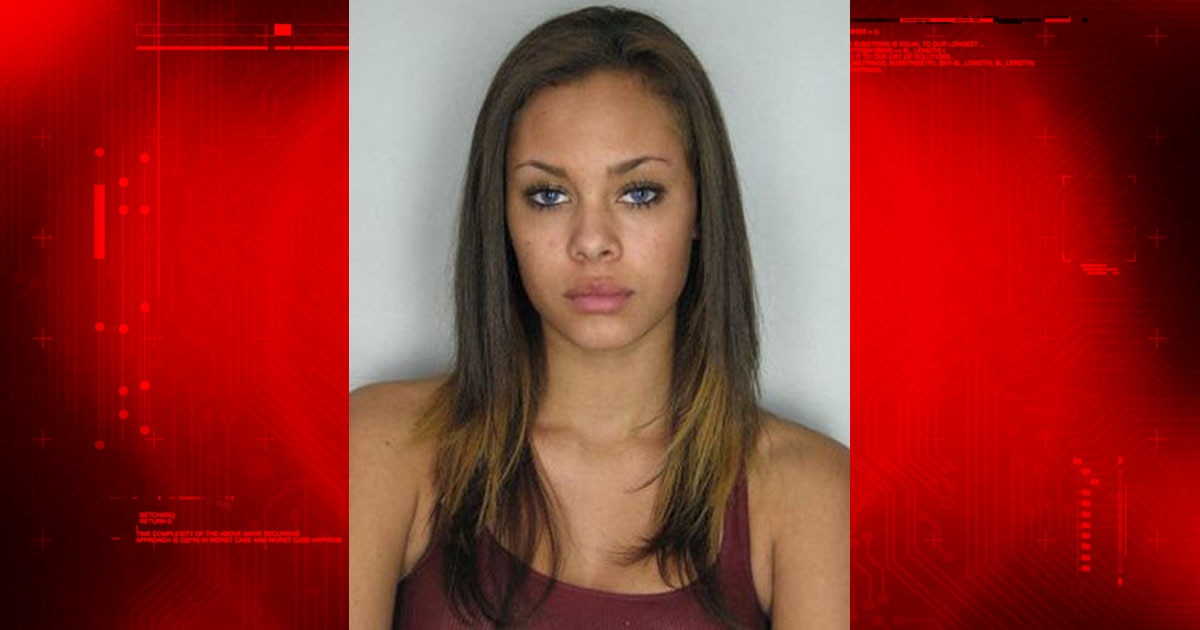 florida.arrests.org
Gabrielle Hill was arrested in Tampa, Florida for possession of drug paraphernalia, according to reports.

Before Meeks and Kory there was 19-year-old Gabrielle Hill, arrested in Tampa, Florida in 2009 for possession of drug paraphernalia, possession of a controlled substance and possession of cannabis less than 20 grams, according to reports.

A spokesperson for the Hillsborough County Clerk's office was not immediately available to respond to Crime Watch Daily's request for a status update on the case. 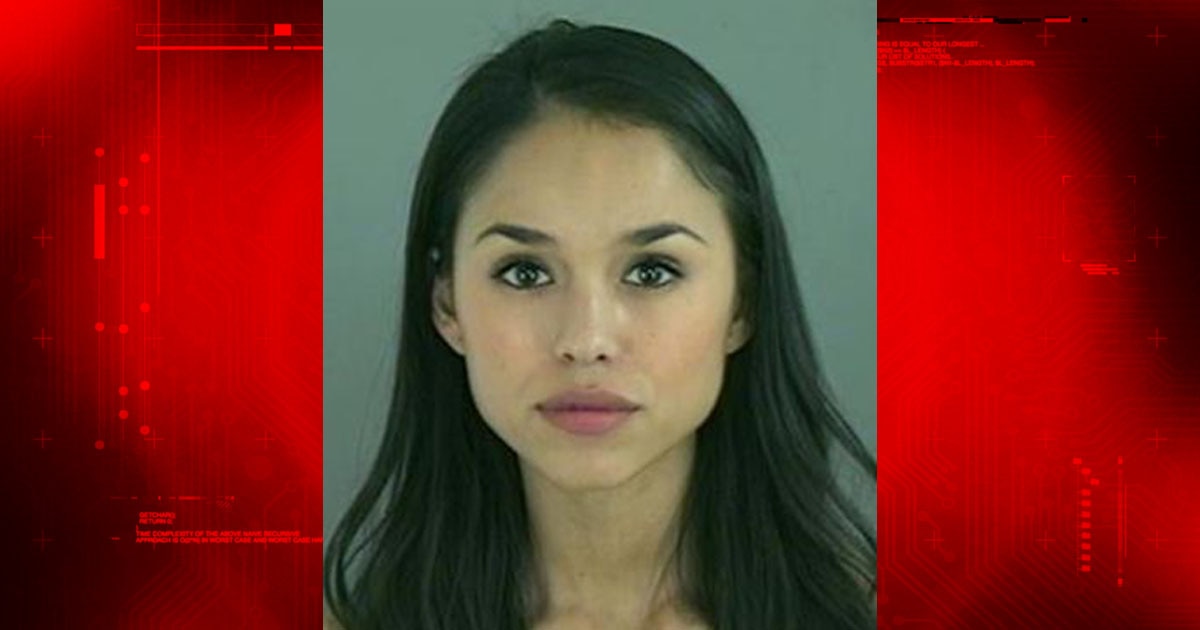 Former Miss El Paso 2008 Lorena Tavera was arrested in 2011 on suspicion of shoplifting after she swiped a $69 shirt from a local mall.

Tavera pleaded guilty to shoplifting and was sentenced to 80 hours of community service, ordered to submit to regular alcohol and drug tests, attend theft counseling and adhere to a curfew for nine months, in addition to paying half of a $1,000 fine, according to the El Paso Times. 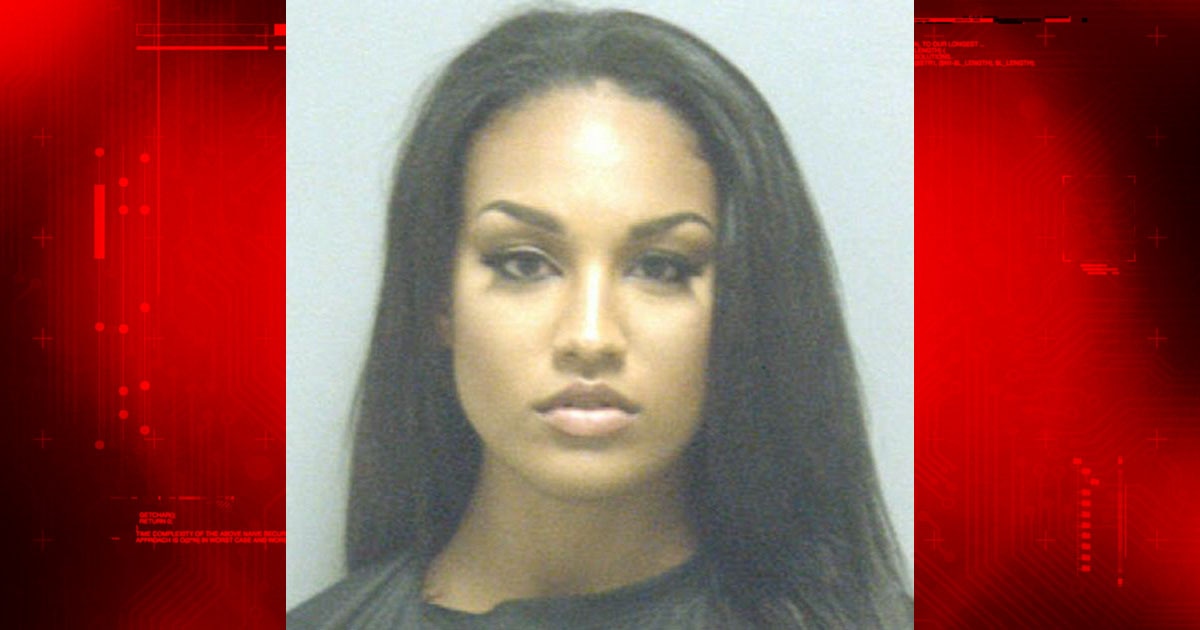 Coates was released the same day and later tweeted she had been wrongfully arrested by an officer "who abused his authority."

A spokesperson for the DeKalb County Clerk's office was not immediately available to respond to Crime Watch Daily's request for a status update on the case. 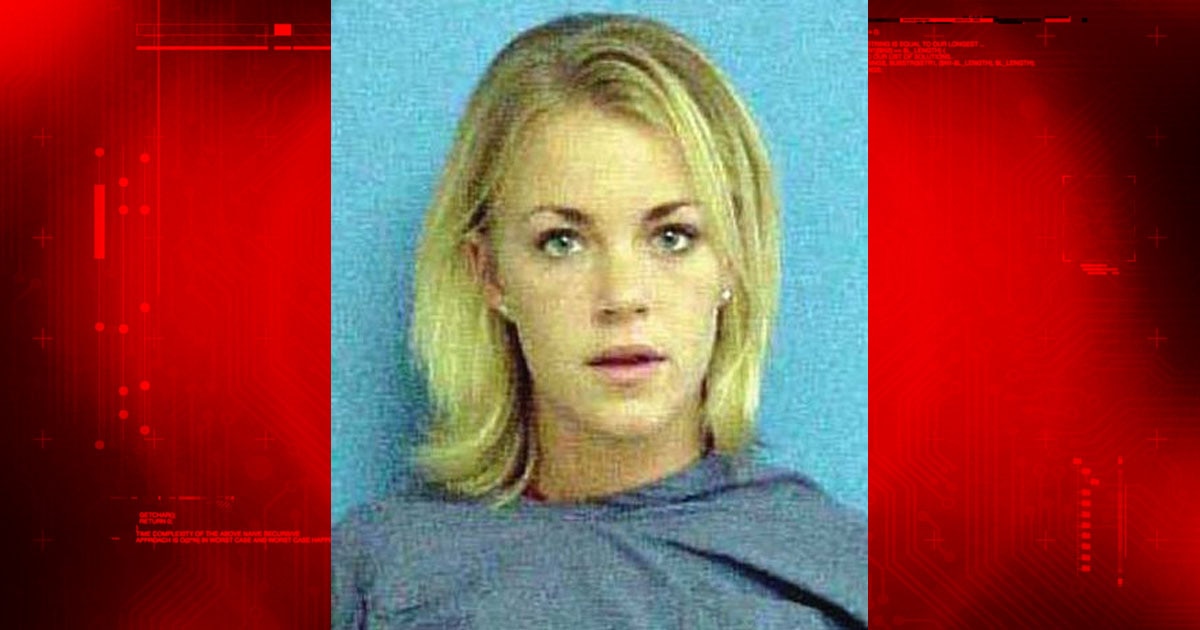 Casey Hicks was arrested in 2000 for selling 49 Ecstasy tablets to an undercover law enforcement officer in Rockland County, New York, according to The Smoking Gun. The outlet reports she was sentenced to five years' probation. 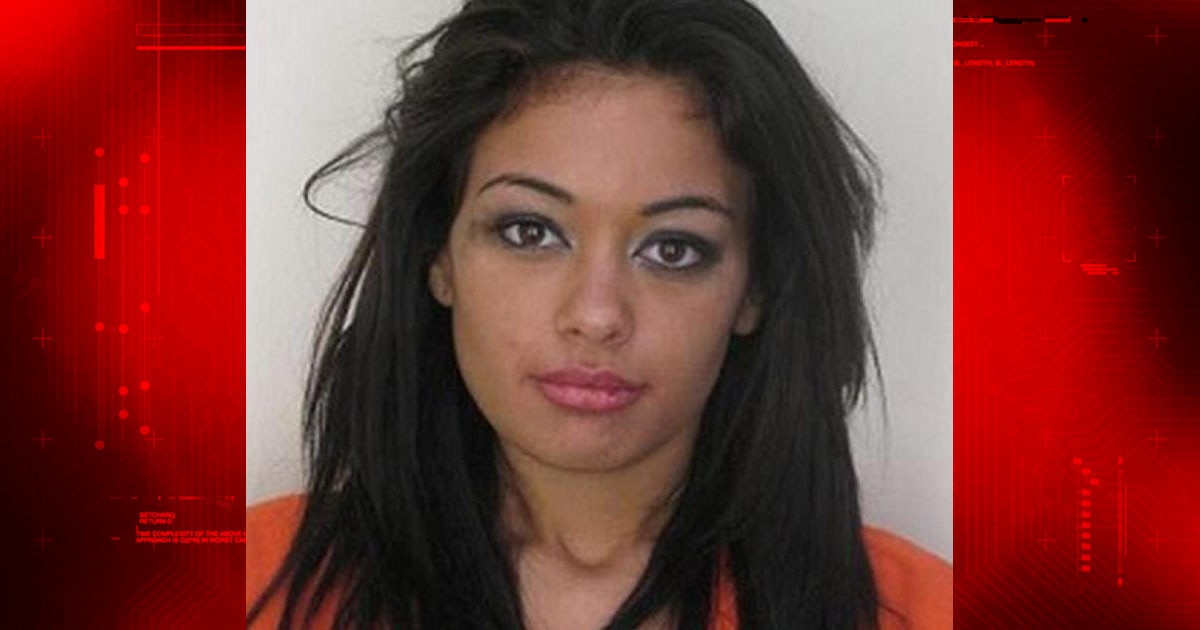 Veronica Rodriguez was 19 when she was arrested on suspicion of DUI in Hillsborough, Florida in 2010.

A spokesperson for the Hillsborough County Clerk's office was not immediately available to respond to Crime Watch Daily's request for a status update on the case. 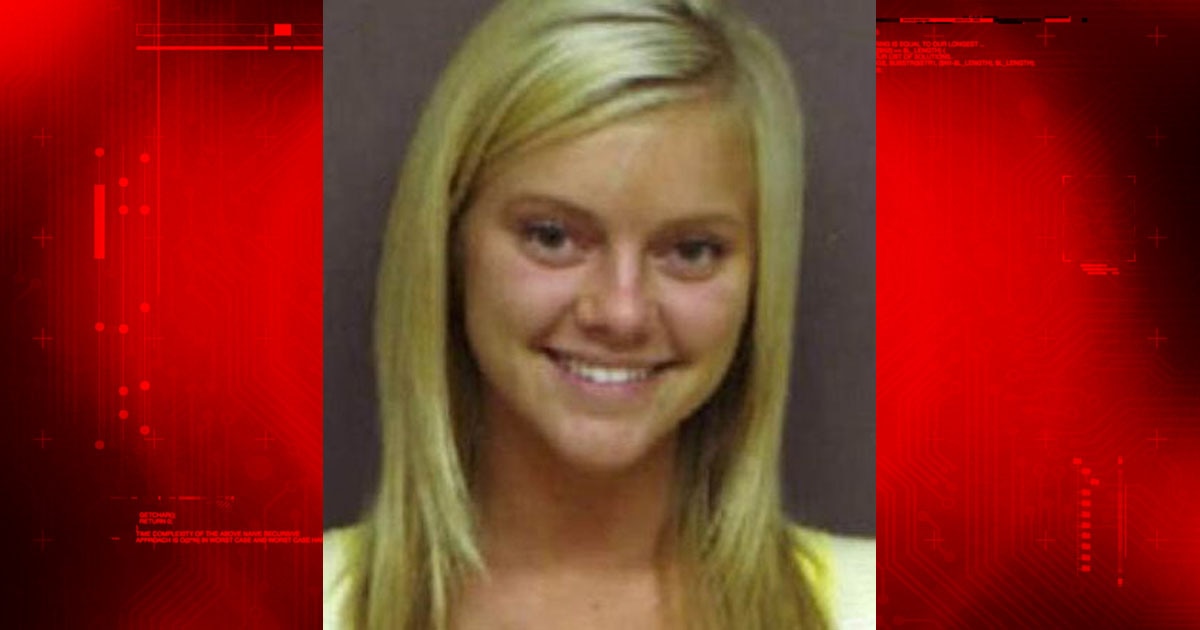 Former Miss Teen Louisiana Lindsey Evans was 18 when she lost her crown after she was arrested in 2008 and charged with failing to pay a restaurant bill and carrying marijuana, reports the Associated Press.

A spokesperson for the Bossier Parish Clerk of Court was not immediately available to respond to Crime Watch Daily's request for a status update on the case.