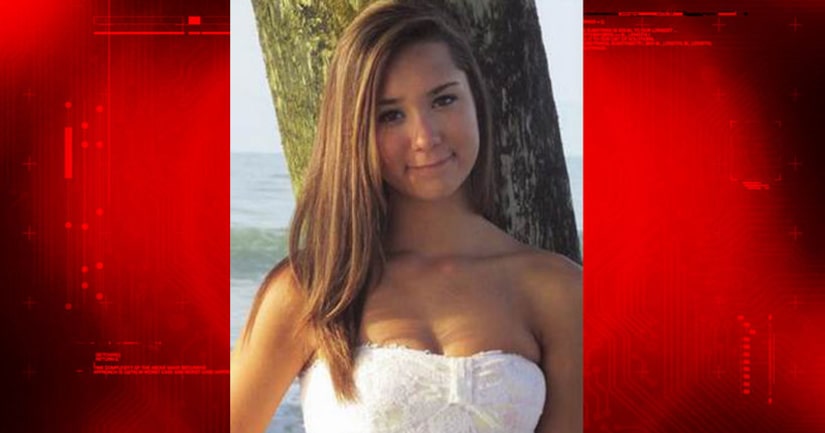 UPDATE 8/26/15 2:10 p.m. PT: Marley McKenna Spindler was found safe in Mount Pleasant, S.C., at about noon on Wednesday by the Mt. Pleasant Police Department. She will be reunited with her family soon. No further details were immediately released.

"She is safe and will be reunited with her family as soon as possible," according to a news release from the Horry County Police. "We are continuing to investigate this case to ensure we have a complete understanding of its facts and circumstances. The Horry County Police sincerely thank everyone who assisted in the search for McKenna. Additional information will be disseminated as it becomes available."

Horry County Police are searching for a South Carolina teen who went missing on Thursday morning, Aug. 20. She missed her first day of school the same day.

Marley McKenna Spindler, who goes by McKenna, was last seen at a Chick-Fil-A restaurant in Surfside Beach, S.C., at approximately 7:30 a.m.

The police investigation has found that the teen left breakfast with friends in her 2002 silver Ford Escape and drove to pick up a drunk male friend on Ocean Blvd. in Myrtle Beach.

She was next seen on surveillance camera in changed clothes withdrawing less than $100 from her account, according to police. 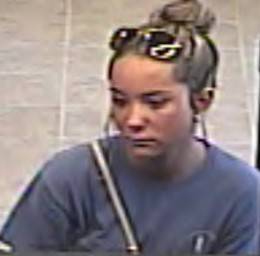 WMBF
Spindler at the bank

Her male friend was later located by police and cleared of involvement.

A clerk found Spindler's phone in the parking lot of the Ocean Reef Resort later Thursday. When the teen's father called the phone after school, the resort answered.

A search of the phone found evidence that Spindler left the restaurant on her own and not under duress or coercion. Police said there is no evidence of foul play.

NBC News reports a group text with friends at 8:42 a.m. showed Spindler wrote that someone was following her.

"She's 16, she's very young and maybe she didn't intend to get in a bad situation, but may find herself in one now," said Shelley Long, Spindler's aunt.

Spindler is described as a 16-year-old white female with brown hair and hazel eyes, standing 5 feet 8 inches tall and weighing about 100 pounds. She was last seen wearing pearl earrings, blue jeans, a white top, gold sandals and carrying a cross-body purse, according to WMBF. 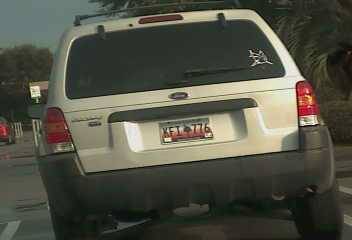 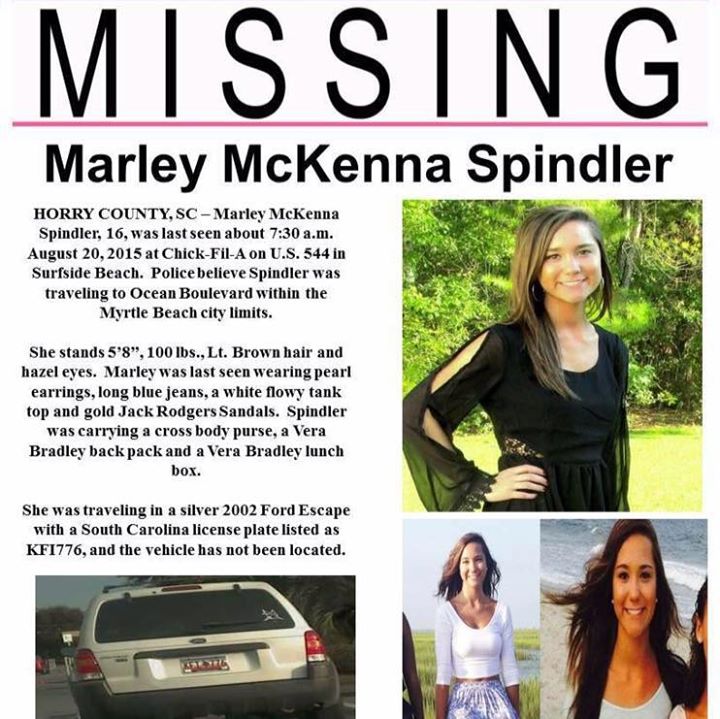 In a related story, Rochester teen Brittanee Drexel went missing in Myrtle Beach in 2009, and has not been found or heard from since. Drexel, 17, was visiting the area on a spring break trip. She had been in touch with her boyfriend all day long on the day of April 25, 2009, but she stopped responding to his texts and calls that night.