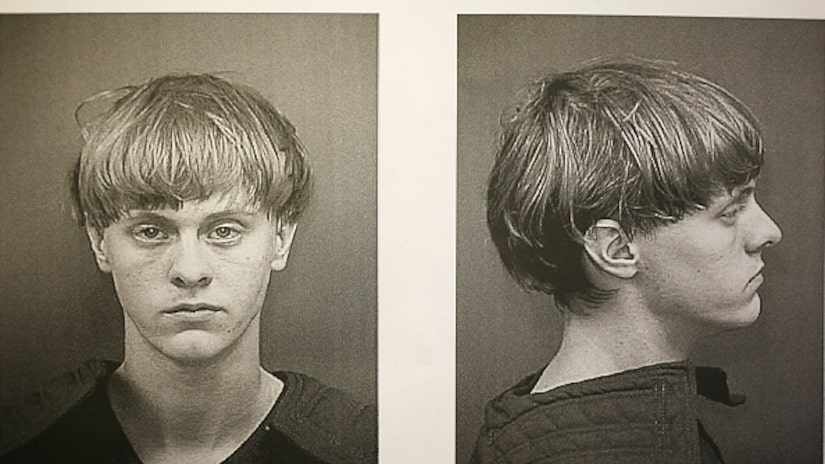 People of all denominations, creeds and nationalities gather together, vulnerably, in peace, to seek moral and religious guidance and celebrate their faith. To be attacked in such a setting is a breach of the social contract in civilized society.

Murders committed in places of worship are particularly heinous to the public, and may be viewed in the eyes of the law as hate crimes. 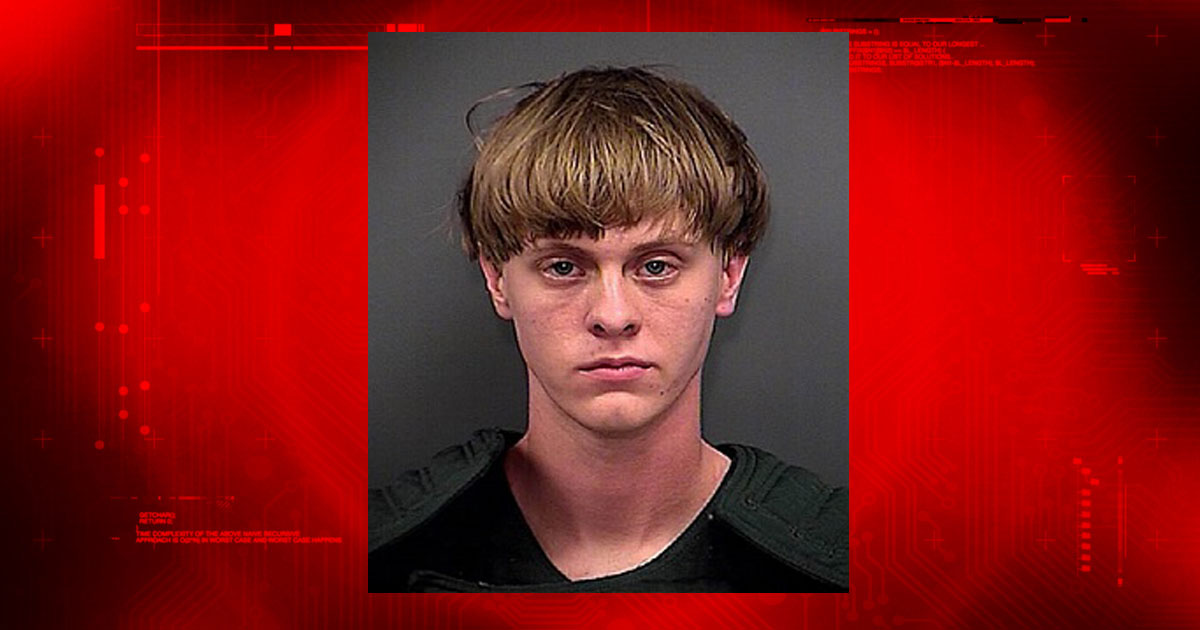 In the most recent high-profile case, nine people were fatally shot inside a church in Charleston, S.C., on the night of June 17, 2015. The suspected shooter, Dylann Storm Roof, was detained in Shelby, N.C., about 240 miles northwest of Charleston the next day. He reportedly confessed to the murder because he wanted to start a "race war." He had previously published racist comments online.

Police say Roof entered the church and sat down during a prayer meeting around 8 p.m. He reportedly asked for Reverend Clementa Pinckney, sat next to him and stayed there for about an hour. He then began firing at the parishioners, allegedly reloading his .45-caliber Glock handgun five times, killing six women and three men. Three people inside survived. Witnesses told police Roof said he was there "to shoot black people."

Roof is currently being held in Charleston County Jail, charged with 33 federal counts, including hate crimes, weapons charges and obstructing the practice of religion. Roof is charged with 13 counts in a parallel state case. Roof's public defenders said in state court they expect Roof to be mentally competent for trial. A U.S. Magistrate has entered a not-guilty plea for Roof. 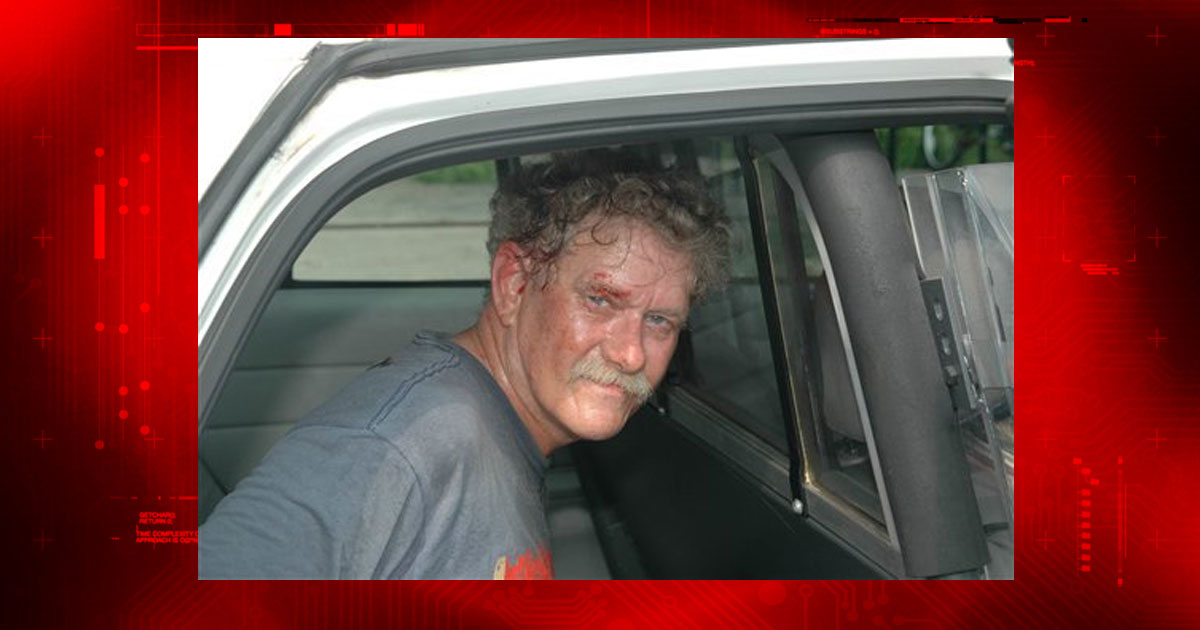 Jim David Adkisson walked into a church in Tennessee during a children's performance of the musical "Annie" and shot nine adults with a shotgun, killing two and wounding seven, in 2008, before he was wrestled to the ground and held for police by congregants.

After he was arrested, Adkisson, 58, admitted to shooting people on Sunday, July 27, 2008, at Tennessee Valley Unitarian Universalist Church. He told police he was motivated to attack that particular church because of its liberal teachings. He also told police all liberals should be killed because they were ruining the country, according to a search-warrant affidavit.

"Because he could not get to leaders of the liberal movement ….he would then target those that had voted them into office," according to the affidavit.

Adkisson left a note in his vehicle before he walked into the church, expecting to be shot by police, according to the Knoxville chief of police. The letter, expressing hate for gays and liberals, was signed by Adkisson. The letter also indicated his frustration with being unemployed. Police said Adkisson was having his food stamps reduced or eliminated, according to a state letter they found.

Seventy-six shotgun shells were found in the church. Three rounds had been fired from a 12-gauge shotgun that had been brought into the church in a guitar case. About 225 people were in the church at the time of the shooting. -- NBC News, CNN, Huffington Post 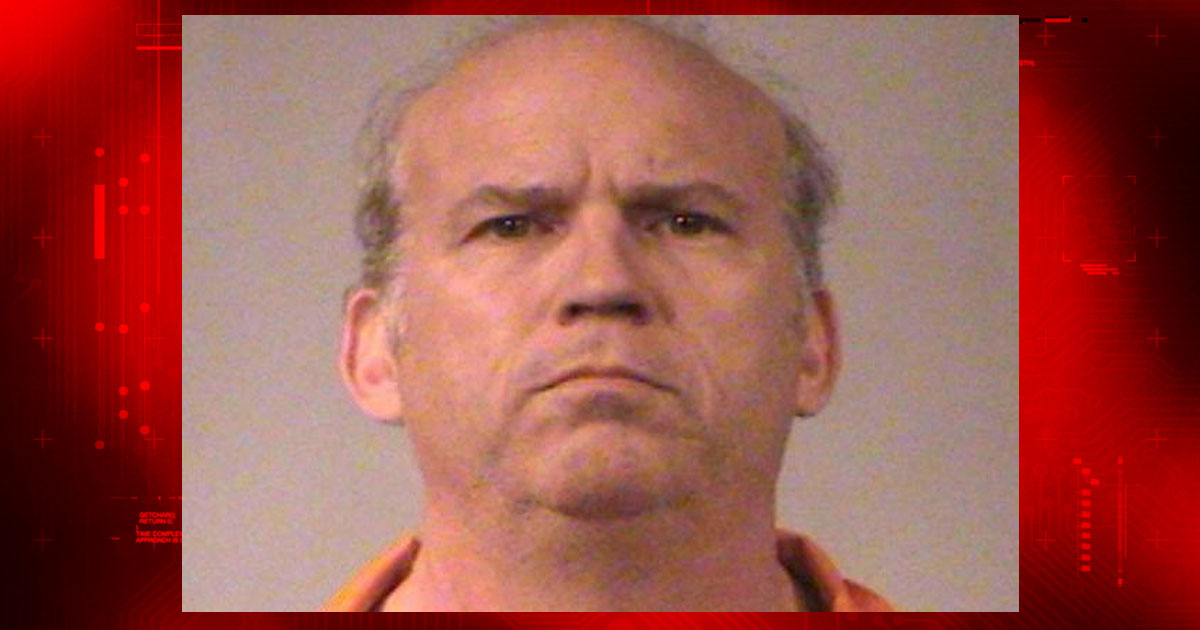 Scott Roeder was arrested in a vehicle 170 miles away from the scene of a fatal shooting in the foyer of a Wichita, Kansas, church on May 31, 2009.

Dr. George Tiller, 67, was shot and killed in the church foyer. Tiller was one of the few doctors in the U.S. who performed late-term abortions. He had been targeted before. Tiller had been shot in both arms by an abortion opponent in 1993. He had seen his clinic bombed.

Tiller, an usher in the church, was slain with a handgun, according to Wichita Police. Roeder, 51 at the time, was sentenced in 2010 to life in prison without possibility of parole for 50 years for Tiller's murder. -- Huffington Post. Slate, New York Times, New York Times 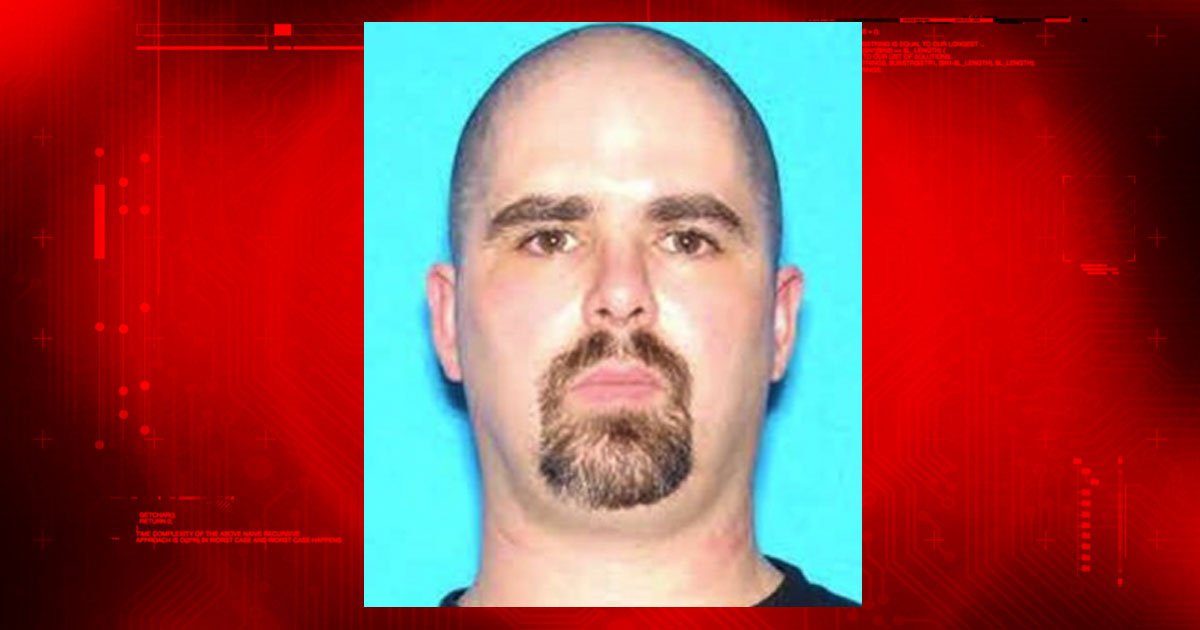 A self-declared white supremacist walked into a Sikh temple in Oak Creek, Wisconsin, on August 5, 2012, and shot 10 people, killing six and wounding four. Wade Michael Page, 40, turned the gun on himself after police arrived and he wounded an officer, and another officer shot Page in the stomach. He died at the scene from a self-inflicted gunshot to the head.

Page had ties to the white supremacist movement, but his motivation for the temple shooting was not clear. He was a former Army sergeant. He was a singer in a white-power band and was a known presence on "white nationalist" websites.

Page entered the temple, or gurdwara ("gateway to the guru"), in the greater Milwaukee metropolitan area, before services began and began firing his 9mm handgun with several dozen people inside the building. A police officer responding to the scene was shot eight to nine times. -- US News, New York Times, Washington Post, FOX News 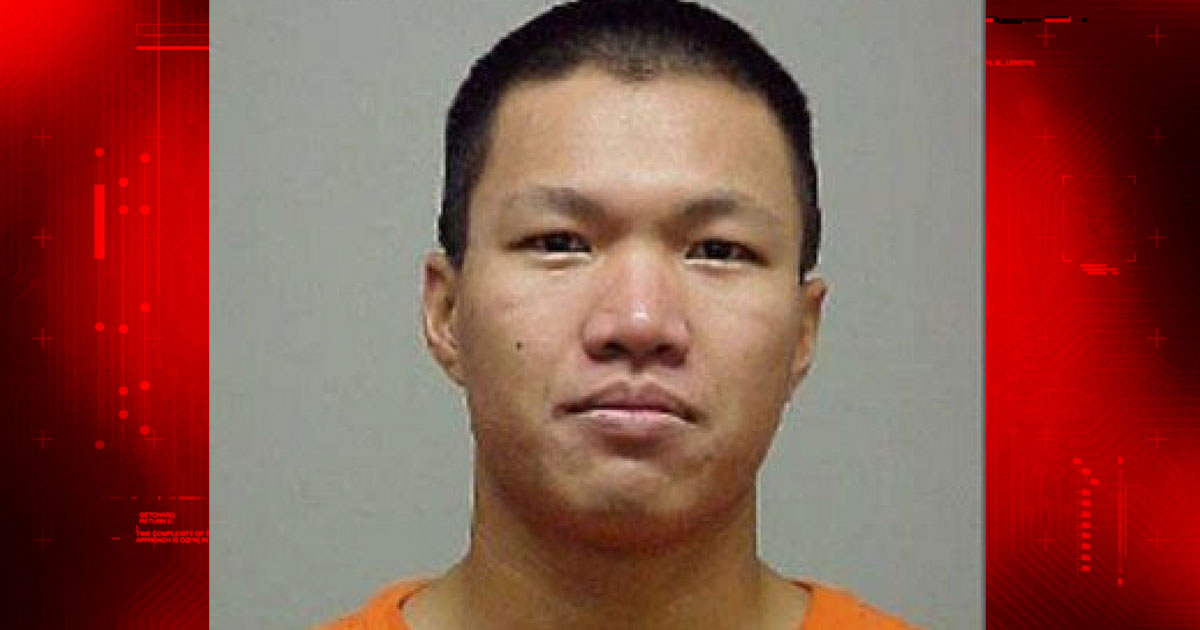 An Arizona man was sentenced to prison for nine consecutive life sentences plus 33 years for the execution-style murders of nine people in a Buddhist temple in Arizona. The murders occurred in 1991; Johnathan Doody received his sentence in 2014.

Doody was convicted of nine counts of first-degree murder and armed robbery.

Six monks, a novice, a nun and a temple boy were found arranged face down in a circle with single gunshot wounds to their heads on Aug. 10, 1991, at the Wat Promkunaram temple in Waddell, Arizona, in the outer Phoenix metropolitan area.

Doody admitted in a police interrogation that he was involved. A high school classmate, Alessandro Garcia, said Doody came up with the plan to rob the temple and wanted no witnesses. Garcia said Doody fired the fatal shots. Garcia was sentenced to 271 years in prison in 1993 for the murders and an unrelated homicide.

Doody was 17 at the time of the murders, making him ineligible for the death sentence. He was convicted in 1994, but the decision was thrown out by an appeals court because the confession was deemed to be coerced. A jury deadlocked in a second trial in 2013. Doody was found guilty during the third trial. -- Reuters, Arizona Republic 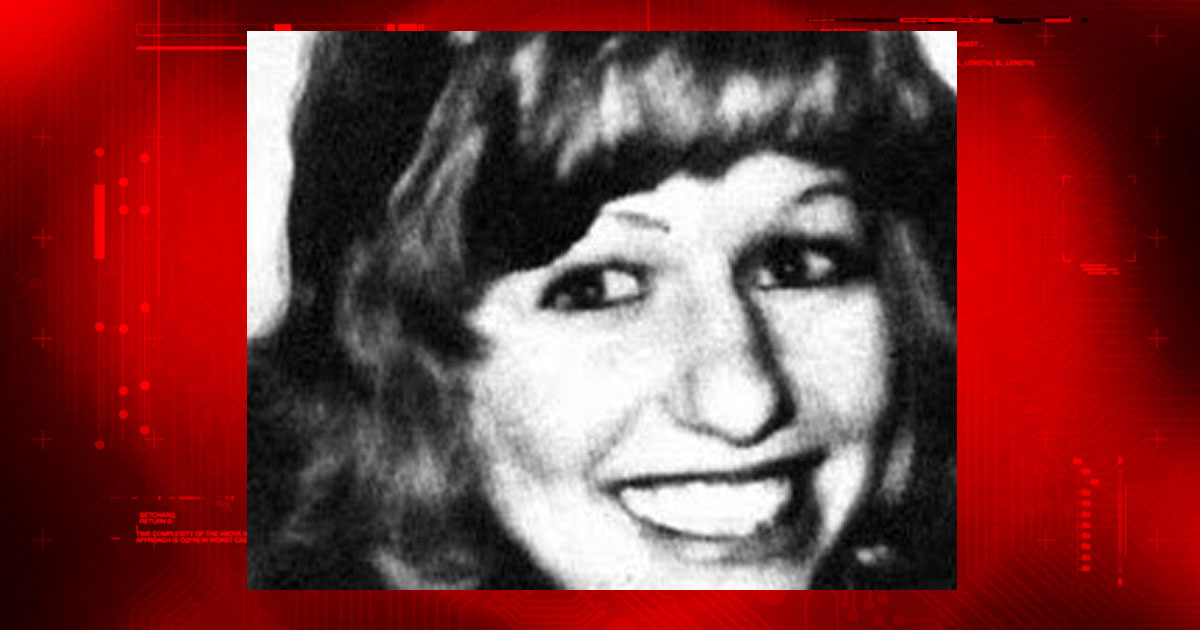 UPI
Arlis Perry was found molested and murdered in a church on the Stanford University campus in 1974, and the killer remains unknown.

Arlis Perry was found molested and murdered in a church on the Stanford University campus in 1974, and the killer remains unknown.

Perry moved from North Dakota to Stanford two months before she was murdered to live with her husband, Bruce Perry, while he was a student there. She worked for a law firm.

The couple argued at about 11:30 the night of October 12, 1974, while walking across campus; Arlis said she wanted to go and pray at the church.

When she did not return home by 3 a.m., Bruce called police to report her missing. Police checked the church and found all the doors locked.

A security guard found Arlis Perry dead inside the Memorial Church early that morning, at 5:45. She had been killed with a blow to the back of her head with an ice-pick. She was found without clothing from her waist down, and had been molested with a 3-foot-long candlestick; another candlestick was found pushed up her blouse; and she had been beaten.Semen was found near the body, and a palm print was found on one of the candles, but the evidence did not match either Bruce Perry nor the security guard. Perry was given an interview with a polygraph, but he was cleared.