That's because after a defendant became aggressive, Judge McBain decided to hop off the bench and get involved.

It was a decision that would go viral instantly, and turn McBain into a national hero. 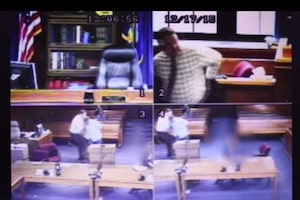