Crime Watch Daily breaks down some of the biggest news story from around the country. Today we're joined by attorneys Jesse Weber and Dava Roberts.

First, in a case we covered earlier this week, former Michigan cop Richard McBrayer was convicted of brutally sexually assaulting his stepdaughter starting when she was only 11 years old.

Recently he was paroled after serving only 22 of his potential 40-year sentence. But his taste of freedom was short-lived, when a judge threw him back in jail -- at least for now. What's the argument for letting him out on parole?

Our next story is a little lighter but it went viral because people are so outraged that a Michigan man received a $128 ticket for warming up his car in his own driveway. Cops say that it's the law but this man wants to fight the ticket, saying it's a waste of taxpayers' money. Was this ticket ridiculous? 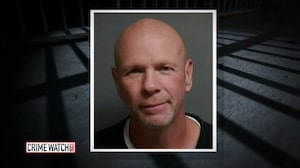