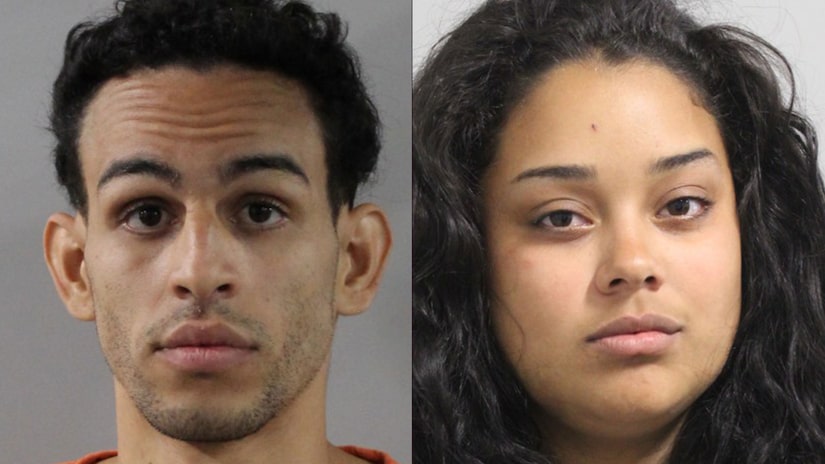 POLK COUNTY, Fla. (TCD) -- A couple who allegedly broke into an empty house and stole items from a store called for help but got arrested instead.

According to the Polk County Sheriff’s Office, on Dec. 29, a Dollar General store in Poinciana, Florida, got burgled at around 1 a.m., and law enforcement officials identified the suspect as "Martin." The same day, deputies received a 911 call, but no one spoke.

Polk County deputies went to the residence where the phone call came from and located an unlocked door. They reportedly learned no one lived in the house, but they found Martin and his girlfriend, "Liz."

Roldan-Oscasio’s affidavit says they were in the home because "they needed to find a place to stay for the night" and they wanted to "get out of the cold."

Deputies reportedly also found a bag containing marijuana. Gonzalez-Garcia allegedly admitted to taking things from the Dollar General because he "needed to get items to sell it to make money."

The Polk County Sheriff’s Office says Roldan-Oscasio called 911 "for the purpose of having law enforcement assist her and Martin with moving their belongings from the house (the one they were burglarizing)."

They also allegedly wanted a ride to the airport "because they wanted to go to New York for the weekend."

The two were booked into the Polk County Detention Center.