LOWELL, Mass. (TCD) -- A couple faces charges after the body of a 37-year-old man was found in a chest freezer in their basement.

The suspects, Michael Burke and Samantha Perry, both 38, lived with the victim and attacked him on Nov. 23, WCVB-TV reports. The couple then reportedly restrained the victim, who allegedly struggled with opioid addiction, to a chair before duct-taping his mouth.

A court document obtained by WCVB alleges that Perry and Burke told authorities a third person strangled the victim with a rope.

According to WCVB, Perry told investigators, "(The other person) attacked the bound (victim), wrapped the green rope around (his) neck and strangled him until he was apparently deceased."

Perry and Burke reportedly placed the victim’s body into the freezer where it was later found.

Perry and Burke told investigators they were forced to join in on the criminal activity at gunpoint by the third person, WCVB reports.

On Dec. 3, Middlesex District Attorney Marian Ryan and Lowell Police Superintendent Barry Golner announced that Burke and Perry were charged with kidnapping. They reportedly pleaded not guilty and were scheduled to be arraigned on Monday, Dec. 5. 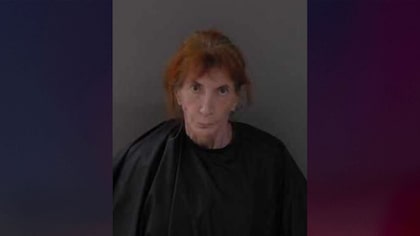