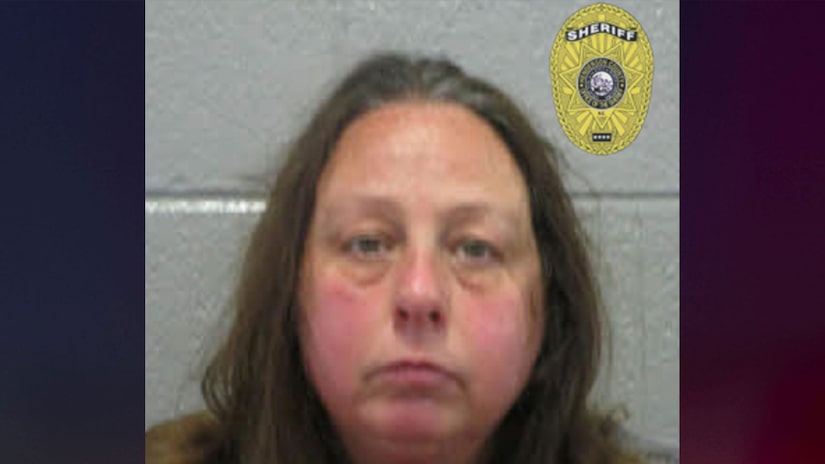 HENDERSON COUNTY, N.C. (TCD) -- A 51-year-old woman was sentenced to prison after pleading guilty to second-degree murder earlier this week.

On Sunday, April 25, Henderson County Sheriff’s deputies responded to a stabbing on Fiesta Lane, the department said in a news release. At the scene, emergency personnel reportedly pronounced a 5-year-old female victim deceased.

Cagle, Hartle’s live-in boyfriend, allegedly asked officers, "How could she do this?" referring to the child’s mother. Deputies recovered a knife in the kitchen believed to be used in the victim’s death.

Prior to the stabbing, Hartle allegedly broke into a home, and a neighbor called 911. Hartle was later found in someone else’s bed. She later went into an unlocked truck across the street, WLOS reports.

Officers reportedly found Hartle in the truck and she was shaking, mumbling, and appeared to be in diabetic shock. Hartle was transported to a hospital, according to WLOS.

When authorities told Cagle about the breaking and entering incident, Cagle mentioned that he had not seen his girlfriend that night and that they slept in separate bedrooms, WLOS reports. He also reportedly told officers that Hartle suffered from mental health issues, and he believed she had not been taking her medications recently.

Just minutes after authorities left, they were dispatched back to the home after Cagle found the child suffering from the stab wound in the bedroom.

According to WLOS, Hartle was arrested and booked into the Henderson County Jail, where she showed signs of severe mental illness. She was reportedly assessed at a hospital, and it was determined that Hartle was incapable of meaningfully assisting her defense.

After months of treatment, Hartle’s condition reportedly improved, and she was found to be competent to stand trial.

On Monday, Nov. 14, Hartle pleaded guilty to second-degree murder, following a plea agreement, according to WLOS. She was sentenced to a minimum prison term of 13 years up to a maximum term of 17 years.