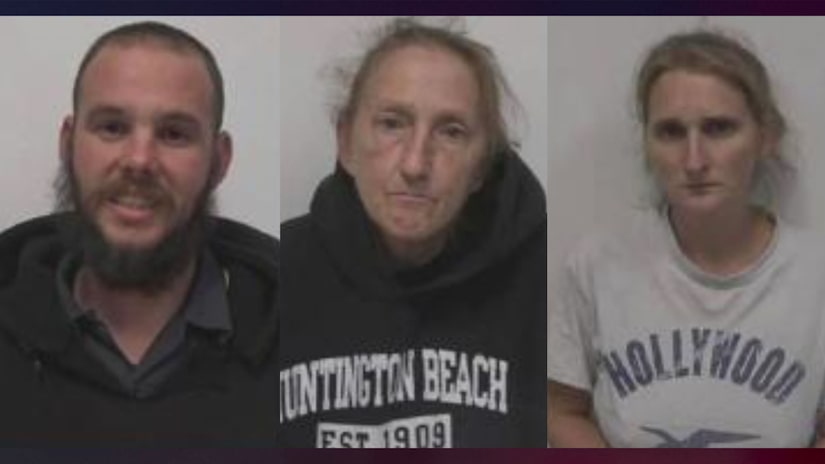 LEXINGTON, N.C. (TCD) -- Three people were arrested after a 9-year-old child was reportedly found locked in a dog cage.

According to a news release from the Davidson County Sheriff's Office, on Wednesday, Oct. 19, deputies received a call from an anonymous citizen who noticed a child had been locked in a dog kennel overnight on Cress Road. Authorities reportedly arrived at the scene and forced entry into the padlocked kennel.

Deputies also searched the home and found an adult woman, Sarah Starr, and two other children, the Sheriff's Office said. The children did not sustain any obvious injuries.

In a press conference, authorities said Jonathan Starr is the victim's biological father, Sarah Starr is the child's stepmother, and Barnes is the 9-year-old's aunt.

The 9-year-old child was reportedly transported to a hospital and released.

According to the Sheriff's Office, the three children are in custody of Davidson County Social Services.