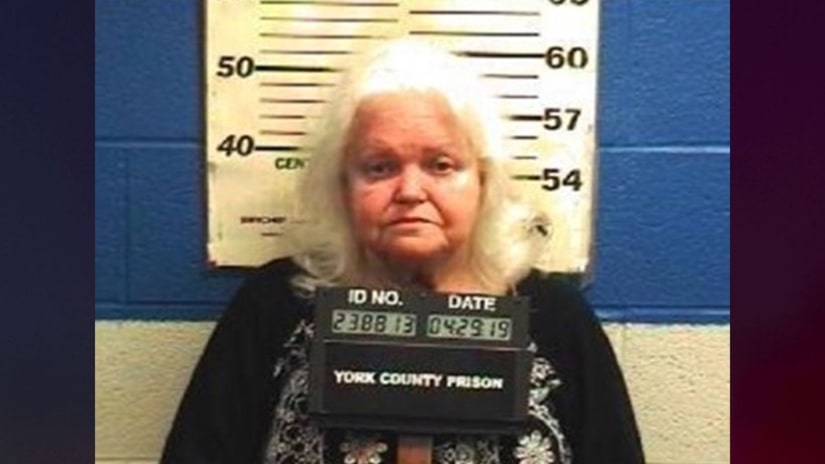 YORK, Pa. (TCD) -- A 71-year-old woman pleaded no contest last week to charges relating to her husband’s death just before she was scheduled to go to trial for murder.

Hayden initially faced over 60 charges relating to her husband Thomas Hayden Sr.’s disappearance and death, including first-degree murder, over 20 counts of forgery, and more. She also faces 14 federal counts of wire fraud for allegedly stealing over $113,000 in her dead husband’s Social Security benefits.

According to the York Daily Record, on Jan. 18, 2012, a person walking on Conewago Road reportedly came across a plastic FoodSaver bag with "blood-stained items, skin and hair." The remains were sent to a DNA lab, where they remained unmatched until 2017, when Thomas' siblings submitted their own DNA samples.

The York Dispatch reports the bag contained a scalp with hair tied in a ponytail and a bloody sheet.

Around the same time, Virginia allegedly told a Pennsylvania State Trooper that Thomas "had left Pennsylvania one night in 2011 to seek medical treatment for ALS" and never returned. She then reportedly provided conflicting stories about her husband’s alleged departure.

As detectives investigated Virginia and Thomas' lives, they learned Thomas had never even been diagnosed with ALS. Virginia also allegedly told people her husband was dead, saying, "Because to me, he is."

According to the York Daily Record, a forensic pathologist testified at a prior hearing that Thomas was likely shot to death and someone used a substance to disintegrate his body.