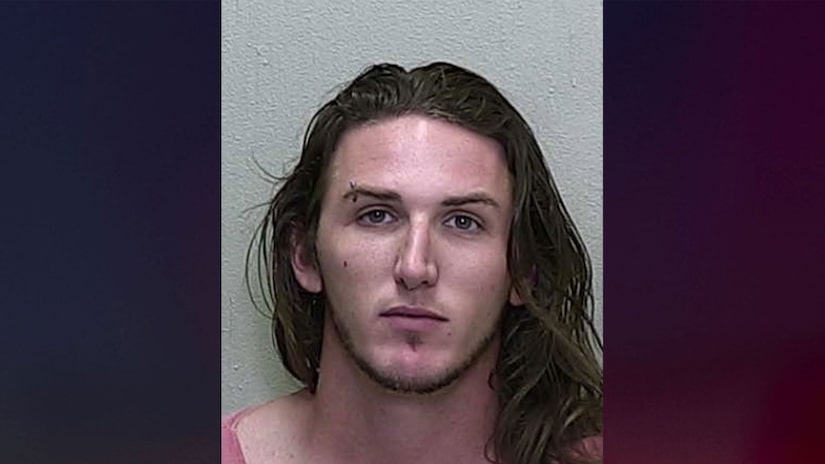 MARION COUNTY, Fla. (TCD) -- A 24-year-old man was arrested and charged after allegedly fatally severing his ex-girlfriend’s toddler’s spine after their breakup.

According to a news release from the Marion County Sheriff’s Office, on May 3, deputies learned about a toddler who was transported to the emergency room in critical condition. Lifesaving measures were attempted, but the toddler reportedly succumbed to her injuries.

During the investigation, the Sheriff’s Office discovered that the toddler had been physically abused, and her spine was completely severed. The mother’s ex-boyfriend, Travis Thompson, was identified as the suspect, WFLA-TV reports.

The toddler was reportedly in Thompson’s care when he allegedly abused her. According to the Sheriff’s Office, Thompson initially told authorities that he and the victim were in separate rooms, and he heard a loud noise. Thompson said he found the girl unresponsive.

Thompson reportedly waited 30 minutes for the toddler’s mother to come back and then drove the victim to the hospital. While en route, the Sheriff’s Office said the victim’s mother made Thompson call 911 after learning that her toddler was unresponsive.

According to WFLA, a week before her toddler’s death, the mother broke up with Thompson, and he was upset.

Nearly four months after the toddler’s death, on Sept. 1, the Medical Examiner’s Office confirmed that the victim died of traumatic injuries to the torso with a "severing of her spine and internal bleeding behind her organs," the Sheriff’s Office said.

The Sheriff’s Office added, "It was determined that Thompson applied significant, gradual force to the victim’s upper and lower body from the front with a fulcrum point on her lower back."

Thompson was arrested and booked into Marion County Jail on Sept. 8, records show. He was charged with murder while engaged in aggravated child abuse and remains held without bond. Thompson is scheduled to appear in court Oct. 11.

According to the Sheriff’s Office, Thompson is also on probation for failure to comply with an injunction to prevent child abuse.