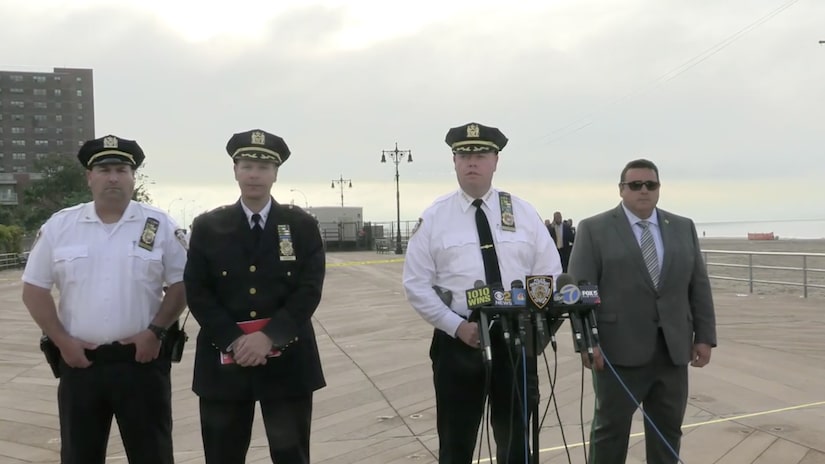 On Monday, Sept. 12, NYPD Chief Kenneth Corey spoke alongside other police officials on the Coney Island boardwalk and shared more details about what led to the tragic discovery.

According to Corey, at 1:40 a.m. on Monday, officers from the NYPD’s 60th Precinct received a call from a relative asking police to check an apartment on Neptune Avenue because the caller was "concerned that her family member may have harmed her three young children."

Officers went to the apartment and knocked on the woman’s door, but no one answered. A man who claimed to be the father of one of the three children was there at the same time and "expressed similar concerns." He reportedly said he believed the woman and children were on the Coney Island boardwalk.

Corey said the woman was "accompanied by other family members, but not the children."

As to why the woman was wet, Corey said it is "all speculative" because it’s not clear whether she was stuck in the rain or if she went in the water.

After locating the mother, who was not identified, the search for the children "intensified" with assistance from aviation and water units. At 4:42 a.m., police found a 7-year-old male, 4-year-old female, and 3-month-old female along the shoreline at West 35th Street in Coney Island.

Officers attempted lifesaving measures and performed CPR. The children were transported to Coney Island Hospital, where all three were pronounced dead.

Corey said during his media briefing that there has not been any prior history of abuse or neglect regarding the children. He also said the mother is at the station house and detectives have "attempted to speak with her, but so far, she has not said anything."