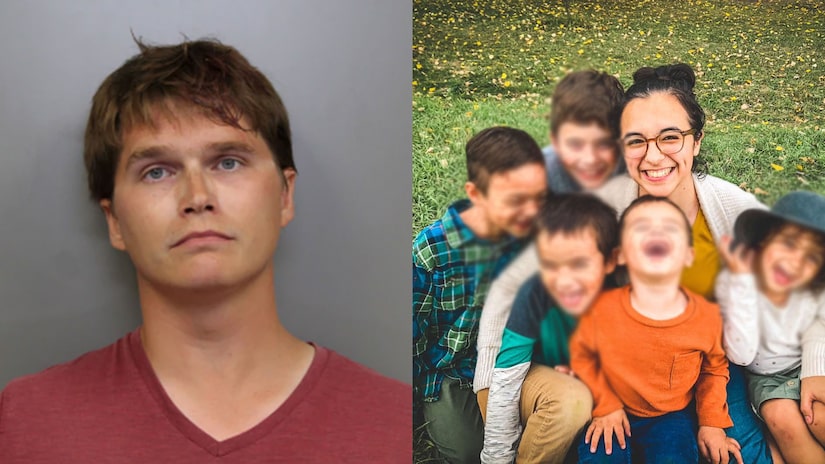 WARREN, Minn. (TCD) -- A 31-year-old man allegedly beat his ex-wife to death in front of their five young children, two of whom flagged down help to call 911.

According to Valley News Live, on Tuesday, Aug. 23, Marshall County Sheriff’s Office deputies responded to a call at Anders Odegaard’s home in Warren because of a domestic dispute. The 911 caller reportedly said two young boys waved him down and asked him to call for help because their mother was bleeding.

When the deputy arrived, Odegaard reportedly answered the door in boxer briefs and had what looked like blood in his hair and on his eyebrow. He allegedly told the deputy, "I don’t feel right."

A deputy reportedly saw Anders' wife, Carissa Odegaard, near the front door lying in a pool of blood. He called for EMS and performed lifesaving measures until they arrived.

Valley News Live reports Carissa was flown to a hospital in Fargo, North Dakota, where she was pronounced brain dead the next day.

Anders and Carissa Odegaard reportedly have five children, with the at 9 years old. She was reportedly holding their youngest kid when she was allegedly beaten.

Court documents cited by KARE-TV say the children were at Anders' house waiting for Carissa to pick them up to go to church. The kids reportedly told investigators that Carissa and Anders Odegaard got into a "big fight" and they flagged down the 911 caller because "their mom was bleeding really bad and needed help."

The children who reportedly saw the alleged assault "said they saw their father on top of their mother hitting her or choking her."

According to The Forum of Fargo-Moorhead, which cites court documents, the 8-year-old child told detectives his parents were talking in the backyard and that’s when Anders allegedly started choking Carissa. The boy and his older brother reportedly had to wipe blood off the young child who was in Carissa’s arms.

The children reportedly said they had seen their father hit Carissa in the past, but with his hands and not weapons. They thought he was hitting her this time with a knife or spatula, according to the court documents.

Anders Odegaard was reportedly named the Mercer County prosecutor in 2021, but he was fired from the job after three months. He reportedly became a public defender in another county, but was also let go after a short amount of time.

Court records show Carissa filed for divorce from Anders in April 2021 and they had joint custody of the children.

Anders Odegaard was charged with second-degree murder and his bail was set at $2.5 million.