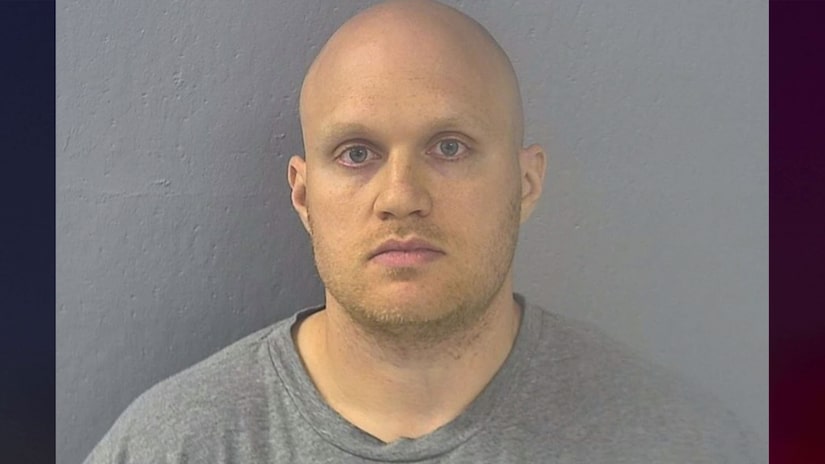 According to a news release from the U.S. Attorney’s Office for the Western District of Missouri, on Feb. 14, 2020, the investigation began when a detective in New Jersey spoke with federal agents in Missouri. A 14-year-old victim’s mother reportedly spoke with police and said her daughter was having "sexually explicit conversations" and sent explicit photos to Brandon McCullough via the Kik application.

McCullough, who was a business teacher at Cassville High School in the Cassville R-4 School District at the time of the offense, posed as a 15-year-old boy on Kik, the U.S. Attorney’s Office said. In May 2019, he reportedly began chatting with "Jane Doe 1," and he threatened her, saying he would send sexually explicit photos and videos to her friends and family unless she messaged him more suggestive media.

According to the U.S. Attorney’s Office, Jane Doe also contacted another user on Kik, who was actually McCullough posing as a separate 17-year-old boy, and she told him she was being blackmailed. He reportedly told her she should obey the 15-year-old’s orders.

A search warrant was executed at McCullough’s home on May 7, 2020, where law enforcement officers seized a hard drive hidden under a bathroom sink in the basement.

On the hard drive, the U.S. Attorney’s Office said authorities found McCullough’s Kik chats along with "thousands of images and videos of child pornography that were self-produced by the child victims, some of whom were younger than Jane Doe 1."

In total, investigators were reportedly able to identify 11 child victims, although dozens more child victims could not be identified through the evidence collected. Throughout the investigation, the U.S. Attorney’s Office said McCullough extorted the victims to produce the explicit media, and he would assure them he would delete the photos when new ones were sent.

In April 2021, McCullough pleaded guilty to three counts of the sexual exploitation of a minor and two counts of coercing and enticing a minor to engage in illicit sexual activity.

More than a year later, on Tuesday, Aug. 2, McCullough was sentenced to 30 years in federal prison without parole and supervised release following his incarceration. He’ll also have to pay $204,199 in restitution to one of the victims, according to the U.S. Attorney’s Office.

HSI Special Agent in Charge of the Kansas City area of operations Katherine Greer said in a statement, "Today’s sentencing is reflective of just how despicable and damaging McCullough’s crimes against children are and emphasizes HSI’s dedication to hold perpetrators accountable."

Greer added, "We, alongside our law enforcement partners, are committed to the eradication of sextortion from our communities, but we need the public’s help. HSI asks parents, guardians, teachers, caregivers — anyone who interacts with a child — to be on the lookout for, and report, suspicious online behavior to the proper authorities, regardless of whether the individual is in a position of public trust, like McCullough."