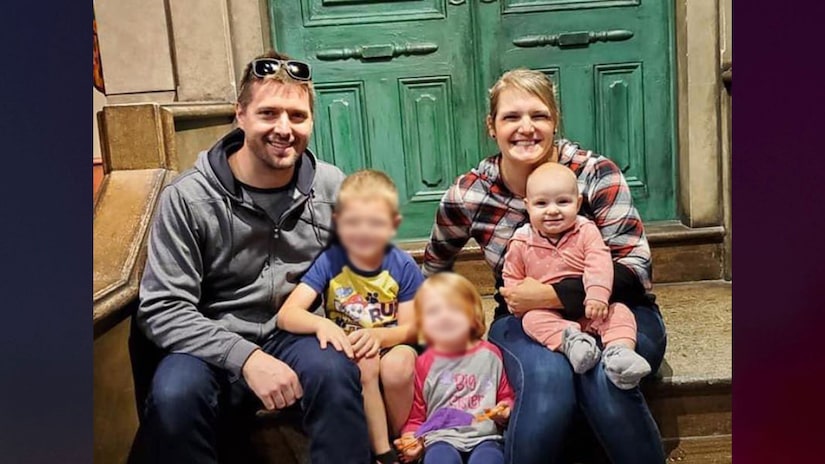 GLACIER COUNTY, Mont. (TCD) -- A 36-year-old man and his 18-month-old daughter were killed after a man allegedly drove towards the family, opened fire, and attacked his ex with a knife.

According to the Glacier County Sheriff’s Office, on July 17 at 8:56 p.m., officials received a call about a man shooting a woman in East Glacier Park. Several law enforcement officials responded to the scene, including Glacier County Sheriff’s deputies, National Park Service rangers, an FBI agent, and more. When they arrived, they reportedly located two deceased males, two critically injured females, and an 18-month-old critically injured female.

During their investigation, officials learned 37-year-old Derick Madden "purposely drove his vehicle into a group of people" walking on the road. He reportedly crashed his car into a tree, exited the vehicle with a shotgun, and "began shooting at the same victims he had just hit or attempted to hit with his vehicle."

Madden reportedly fatally shot David Siau of Syracuse, New York, and continued to shoot at Siau’s wife, Christy Siau, and their daughter, McKenzie. He then allegedly began attacking Christina Siau, 30, with a knife.  According to the Sheriff’s Office, Christina "fought for her life and despite receiving critical injuries, fatally wounded Madden."

He died at the scene.

Two other children were reportedly able to escape to safety without injury.

The Sheriff’s Office says Christy, Christina, and McKenzie Siau were all transported to Indian Health Service in Browning, Montana, where McKenzie was declared dead. Christy and Christina were then flown to another hospital with higher care due to critical injuries.

Madden and Christina reportedly had a prior relationship, and the Sheriff’s Office says Madden "was suffering from mental health issues." The office said this was an isolated incident "with a clear nexus between the victims and Madden."