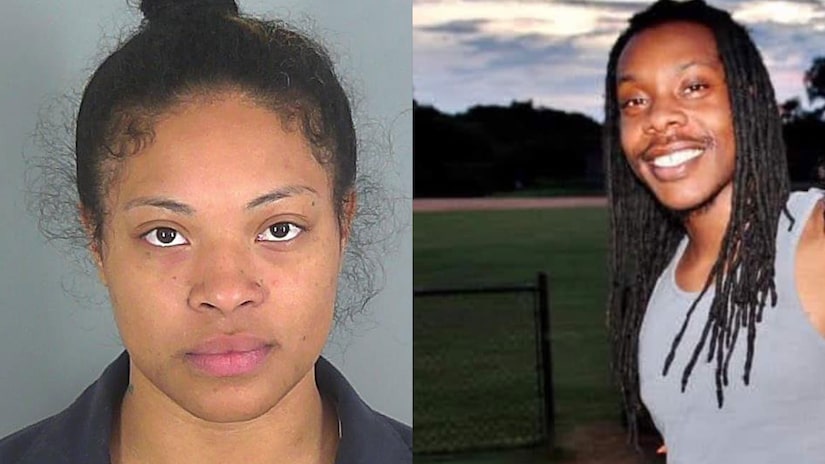 SPARTANBURG, S.C. (TCD) -- A 28-year-old woman faces murder and other charges after her boyfriend was found dead in a shallow grave earlier this year.

On July 15, the Spartanburg County Sheriff’s Office announced Jessica Marie Strachan was charged with murder and possession of a weapon during the commission of a violent crime in connection with the death of her on-again, off-again boyfriend, Devantae Griffin.

Griffin’s mother reported him missing to the Spartanburg County Sheriff’s Office on March 30 after he was last seen the night prior with Strachan. According to the Sheriff’s Office, investigators reportedly determined Strachan was "misleading in the information she had provided during her initial interview," and became a person of interest.

On March 31, investigators reportedly asked Strachan to come to the Sheriff’s Office for an interview, but she allegedly fled to Miami. Officials obtained an arrest warrant for obstruction of justice, and she was taken into custody April 1 by the Miami Police Department. She was extradited back to South Carolina on April 14 and has been in custody since.

According to the statement, detectives found Griffin’s body in a shallow grave in a wooded area April 22. On April 29, the Spartanburg County Sheriff’s Office also identified Tarus Dorail Cook as a person of interest.

WSPA-TV reports investigators allegedly found Griffin’s blood "throughout" Strachan’s home. Her bond has reportedly not been set yet.