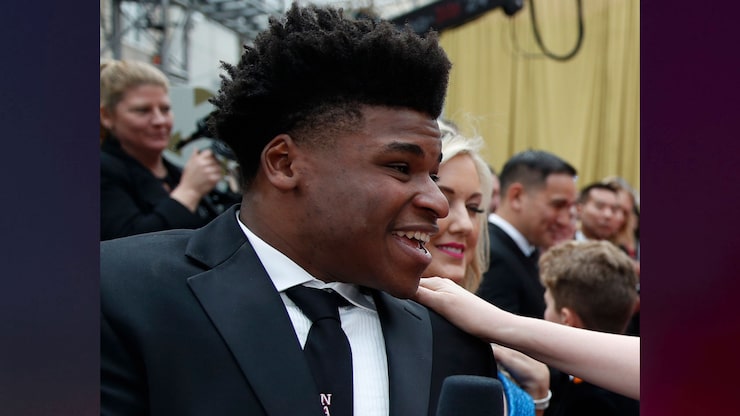 CHICAGO (TCD) -- Jerry Harris, the former fan favorite of the Netflix show "Cheer," was sentenced to 12 years in prison this week for child pornography-related chrages.

At his sentencing, Harris said, "I am deeply sorry for all the trauma my abuse has caused you. I pray deep down that your suffering comes to an end."

On two occasions, Harris reportedly solicited oral sex from the minor at a cheer competition they both attended, but the boy refused.

Harris admitted to law enforcement officials that he asked the boy for explicit photos, and that continued until February 2020 when Harris blocked the minor on Snapchat because he didn't "think it's a good idea" that they communicate on the social media app.

The second victim, who is referred to as Minor 2 in the criminal complaint, is Minor 1's identical twin. According to the complaint, "Minor 2 stated that [Harris] was 'touchy' and did 'odd things' to him and his brother, Minor 1."

Minor 2 reportedly noted Harris guilted him for not sending nude photos and would get "pushy" about it. Harris also asked Minor 2 if he wanted to meet for a sexual encounter.

Law enforcement officials spoke to other minors, one of whom described Harris as "relentless" because he asked one of the minors for naked photos "for three straight hours." Harris reportedly offered one of them money for naked pictures, and paid one of the juveniles somewhere between $2,000 to $3,000 over the course of the summer of 2020.

Harris pleaded guilty to child pornography and traveling to engage in sexual conduct with a minor in in February.