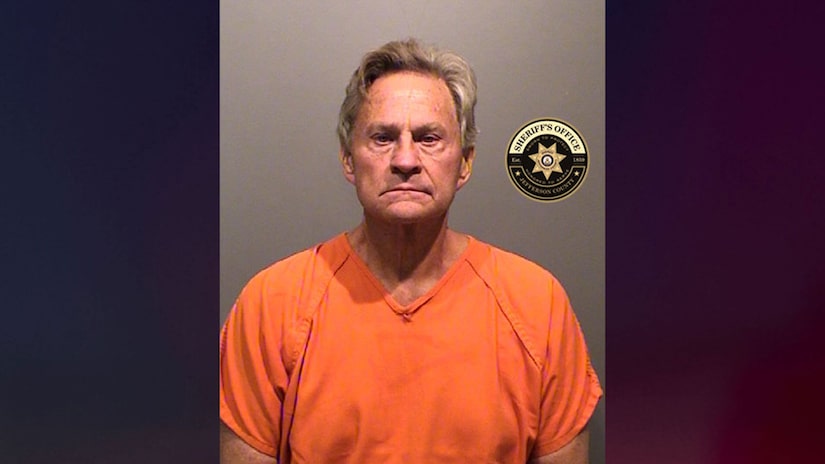 JEFFERSON COUNTY, Colo. (TCD) -- A 73-year-old man was taken into custody after he allegedly kidnapped a couple and forced the woman to wear a leash around her neck.

According to the Jefferson County Sheriff's Office, on June 17 at 8:10 a.m., a hiker called 911 to report seeing two other hikers being held at gunpoint near the 3600 block of South Oak Way. The witness reportedly stayed on the line and shared updates about the situation until deputies arrived at the scene.

Deputies located the couple but learned that the suspect, Kerry Endsley, was at large. They found him soon after and reportedly confronted him at gunpoint. Endsley allegedly did not listen to deputies' commands and pulled out a gun from his waistband — later determined to be a stun gun — and pointed it at the deputies. The Jefferson County Sheriff's Office says one deputy fired at Endsley, but it missed. A second deputy reportedly used his Taser, and it struck Endsley.

He was taken into custody and transported to a local hospital.

According to the statement, the husband and wife told deputies they were walking along the trail when they saw a man kneeling on the ground tying his shoe. When they walked by him, he reportedly got up and pointed his gun at them. Endsley allegedly "ordered the female to the ground and put a nylon leash around her neck."

As the three of them walked, the male victim reportedly got Endsley's gun out of his hands and he and his wife fled to safety.

The victims reportedly know Endsley. The Jefferson County Sheriff's Office says the couple did not recognize him because Endsley "had altered his physical appearance and disguised himself."

He has allegedly harassed the female victim in the past. She even has a restraining order against him.

Endsley was arrested on charges of second-degree kidnapping, felony menacing, and violation of a restraining order.