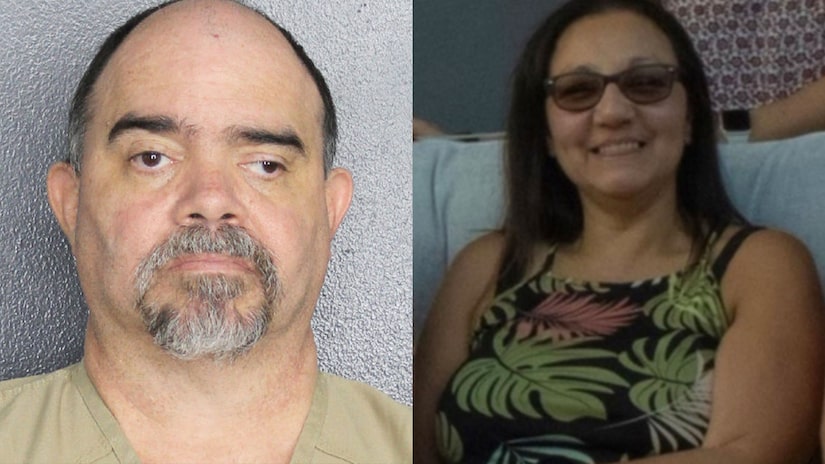 POMPANO BEACH, Fla. (TCD) -- A 54-year-old man was arrested following allegations that he killed his wife and disposed of her remains in May.

According to the Broward County Sheriff’s Office, Irene Lanning Xeniti’s daughter reported her missing May 30 after not hearing from her in several days. Before the Sheriff’s Office issued the missing person alert, deputies reportedly went to Xeniti’s townhome that she shared with her husband, Ian Lanning, on NE 23rd Avenue.

Lanning reportedly told detectives he and his wife got into a "verbal dispute" May 14. He claims she left after the argument and he had not seen her since. The Broward County Sheriff’s Office Missing Persons Unit transferred the case to Homicide on June 2.

In their statement, the Sheriff’s Office says Xeniti’s phone was pinged near their home on May 21 and that they had been traveling on May 20. Detectives executed a search warrant June 8 for the couple’s home and Lanning’s car and "located evidence that suggested Xeniti had been murdered in the couple’s home and that her body had been disposed of in an unknown location."

Lanning was arrested June 11 for first-degree murder and remains in the Broward County Jail without bond.

According to NBC Miami, homicide detectives spoke at a press conference this week and said they found "a large amount of evidence to indicate that somebody did not leave that house alive."

He added, "Committing a crime is not very easy without leaving evidence. I can tell you there was an extensive amount of evidence in that house, and it paints a very gruesome picture. We’re confident that Irene is deceased and obviously we’re looking for her remains to get them home to her family members."

Investigators reportedly believe Lanning could have disposed of Xeniti’s body in water.