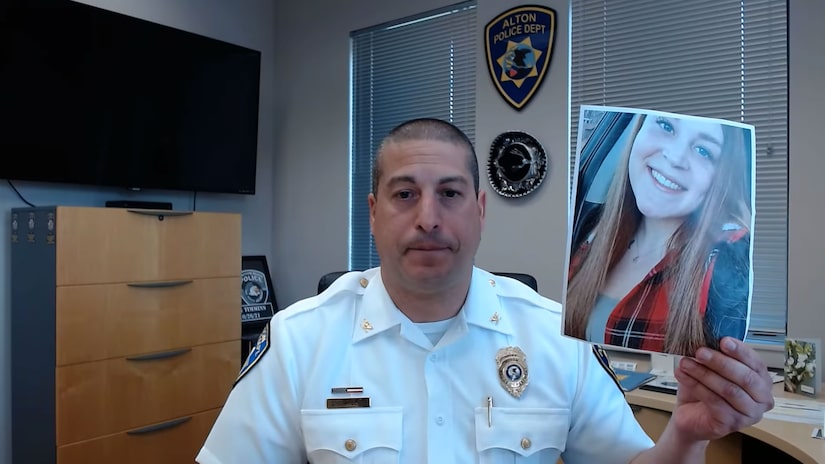 ALTON, Ill. (TCD) -- A 22-year-old man was arrested for allegedly killing and beheading his pregnant on-again, off-again girlfriend inside her home.

On Monday, June 13, Alton Police Chief Marcos Pulido recorded a video on Facebook and spoke about the investigation into 22-year-old Liese Dodd’s death. On June 9 at 12:59 p.m., Alton Police Department officers responded to a possible homicide call on the 3400 block of Bolivar Street.

Dodd’s mother reportedly went to the home on Bolivar Street to check on her because she had not heard from her daughter in a few days. When she arrived, she reportedly found Dodd dead. The suspect, Deundrea Holloway, was located later that day in Gillespie, Illinois, and was taken into custody.

He is being charged with two counts of first-degree murder, two counts of intentional homicide of an unborn child, dismembering a human body, offenses related to motor vehicles, and concealment of a homicidal death.

In his video, Pulido referred to Holloway as a "monster" and "savage monster."

Dodd was beheaded and "brutally murdered," Pulido said. She and Holloway had reportedly dated for about two years, and she was pregnant. Her due date was at the end of July.

According to the Belleville News-Democrat, Holloway’s bail is set at $2 million.