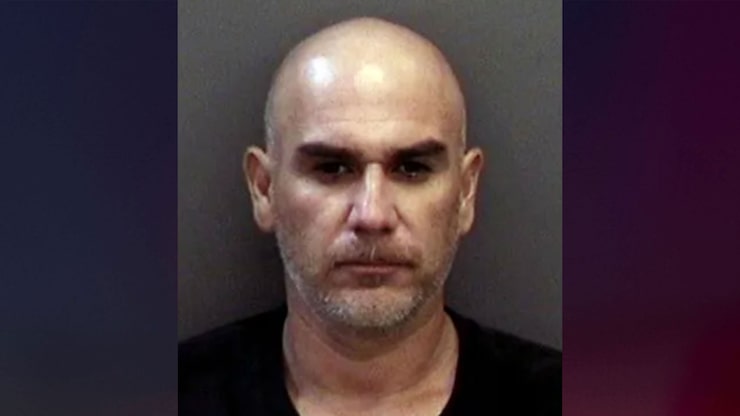 WIMAUMA, Fla. (TCD) -- A murder suspect who barricaded himself inside a shed while allegedly holding his girlfriend hostage was reportedly shot dead.

According to a news release from the Hillsborough County Sheriff’s Office, on June 8, shortly before 12 a.m., deputies responded to the 5600 block of Center Street to a report of a homicide. Upon authorities’ arrival, the body of a deceased male was located "with upper body trauma in a nearby vehicle."

At the scene, deputies attempted to enter a shed where the homicide suspect, later identified as Juan Sarmiento, was "shouting profanities" and "would later make threatening statements toward the deputies on the scene," the Sheriff’s Office says. Sarmiento reportedly told authorities he was holding someone hostage inside the shed and was armed.

A female voice could be heard from inside the shed, according to the Sheriff’s Office.

Shortly before 12:40 a.m., the Sheriff’s Office says the SWAT Team, Crisis Negotiation Team, and Bomb Disposal Team assisted with the investigation, and a dialogue with the suspect took place for approximately nine hours.

Sarmiento allegedly made progressively more threatening statements such as, "I’m not coming out, and I’m not letting [the victim] out," according to the Sheriff’s Office.

Eventually, a SWAT operator reportedly shot Sarmiento, and lifesaving measures were performed. Sarmiento was transported to a hospital, where he was pronounced deceased, the Sheriff’s Office says.

In a statement, Hillsborough County Sheriff Chad Cronister said, "Ultimately, this is never the outcome we want to see in incidents such as these. Thanks to the brave actions of the friend who called our dispatch center to report the shooting, we were able to save a woman who was held hostage and was potentially in a life-threatening situation."

According to the Sheriff’s Office, Sarmiento had a criminal past, including charges of aggravated assault and aggravated battery with a deadly weapon.