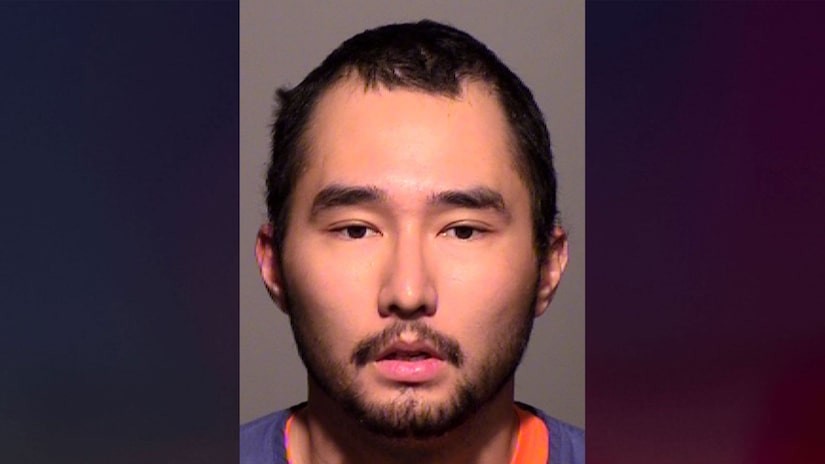 CAMARILLO, Calif. (TCD) -- A 25-year-old man stands accused of killing his mother, dismembering her body, and disposing of her remains in a dumpster within the apartment complex where they lived together.

According to a news release from the Ventura County Sheriff’s Office, on Friday, June 3, at approximately 6:50 a.m., deputies responded to Las Positas Apartments on the the 300 block of Townsite Promenade to a "suspicious circumstances" call. At the scene, authorities reportedly found human remains in a dumpster, which prompted an investigation.

The remains were later identified as 62-year-old Tomoko Hoetzlein, the Sheriff’s Office says.

Upon further investigation, investigators reportedly executed a search warrant and detained the victim’s son, David Hoetzlein. Evidence was gathered, and according to the Sheriff’s Office, investigators were able to connect David to the death of his mother.

A neighbor told KTLA-TV, "He lived here in the apartment complex, then barricaded himself into the apartment all day. They were able to get him out at about 3:30."

Hoetzlein was arrested Friday, June 3, at around 8:27 p.m. on charges of felony murder, records show. He remains held in Ventura County Main Jail on $3 million bail and is scheduled to appear in court June 7.