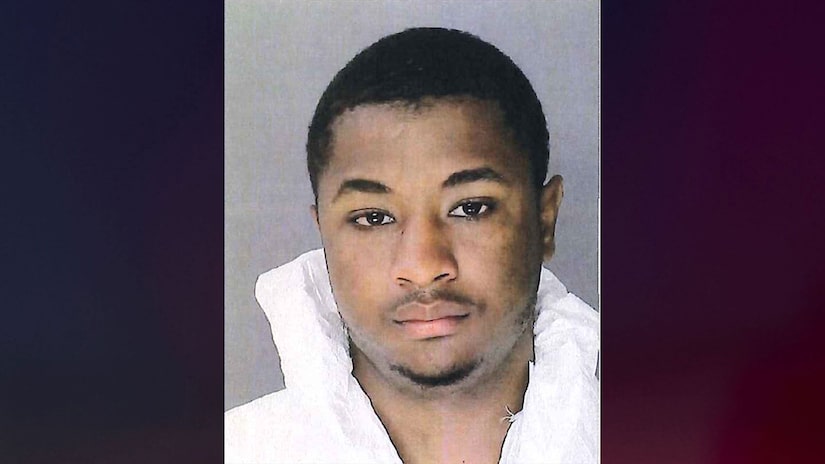 WEST CHESTER, Pa. (TCD) -- A 23-year-old man was taken into custody for allegedly shooting the mother of his child and her pregnant friend.

According to the Chester County District Attorney’s Office, on May 29 at 9:21 p.m., Coatesville Police Department officers responded to a domestic call on the 300 block of Mount Pleasant Street involving the suspect, Mamadou Kallie, and one of the victims, 20-year-old Tiara Rodriguez-Diaz, as they were visiting friends. Police encountered Rodriguez-Diaz in her Toyota Corolla, and she reportedly had their 22-month-old child in the backseat. She told police "everything was fine," though Kallie "became agitated when police questioned the victim."

Kallie allegedly walked away from Rodriguez-Diaz’s car and got into a Ford Edge. Police cleared the scene and Rodriguez-Diaz drove off.

Half an hour later, just before 10 p.m., Valley Township Police responded to an accident and calls about shots fired on the 300 block of East Glencrest Road. The District Attorney’s Office statement says a witness told police she heard nine gunshots and another allegedly saw a black SUV drive away from the scene.

Police found Rodriguez-Diaz in the driver’s seat of the car suffering from several gunshot wounds. She was transported to Paoli Hospital, where she was pronounced dead.

Kallie and Rodriguez-Diaz’s child was reportedly found unharmed with some of his relatives in Coatesville.

At 10:45 p.m. the same night, West Chester Police reportedly received a call about a carjacking at Route 162 and Telegraph Road in East Bradford Township. The victim, who reportedly knows Kallie, alleged Kallie stole his Infiniti at gunpoint. The victim, who was not named, was detailing his car when Kallie allegedly "pulled up in a black Ford Edge, jumped into the victim’s car, and ordered him to drive and to stay on back roads."

Kallie reportedly ordered the victim to drive him to Philadelphia and requested a change of clothes.

According to the statement, "The defendant later pointed a black handgun to his head while he was driving and ordered him out of the car" in East Bradford Township. The victim called police after flagging down a passing car.

Kallie then reportedly got into a pursuit with police from several units. He was ultimately stopped at 11:04 p.m. and reportedly got out of the car holding a gun to himself.

Kallie has been charged with two counts of first-degree murder, murder of an unborn child, fleeing and eluding, endangering the welfare of a child, and other related charges. He’s being held without bail at the Chester County Prison.