MIAMI (TCD) -- A 22-year-old mother is facing a manslaughter charge after her infant son died in the bathtub while she painted her nails in another room.

According to WPLG-TV, on Friday, May 20, Alyssa Jimmie reportedly put her 7-month-old and 3-year-old sons in the bathtub and left the water running as she went into an at-home manicure station in a separate room to do her nails. Jimmie’s bathtub reportedly did not have a drain plug.

When Jimmie returned to the bathroom about five to 10 minutes later, she reportedly found her infant son unconscious in the bathtub. A small towel had reportedly clogged the drain, causing the bath to fill up.

NBC Miami reports Jimmie attempted to perform CPR on her son. She then ran to a neighbor’s house and called 911. First responders took the baby boy to a nearby hospital. According to NBC Miami, medical personnel got his heart beating again but said he was brain dead. He was pronounced dead May 23.

The medical examiner determined the boy’s cause of death was accidental drowning.

The Miami Herald, which cites the affidavit, reports the boy was without a heartbeat for 45 minutes to an hour. The affidavit also says Jimmie "failed to provide 'the victim' with the proper care that a prudent person would consider essential to the well-being of a seven-month-old child," thus her "negligence resulted in the untimely death" of her son.

The Miami Herald identified the little boy as Prince Mejia.

She was booked on a manslaughter charge and later released on bond. Court records show her next hearing is scheduled for June 24. 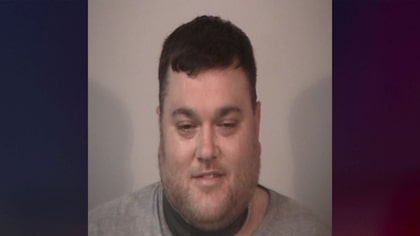