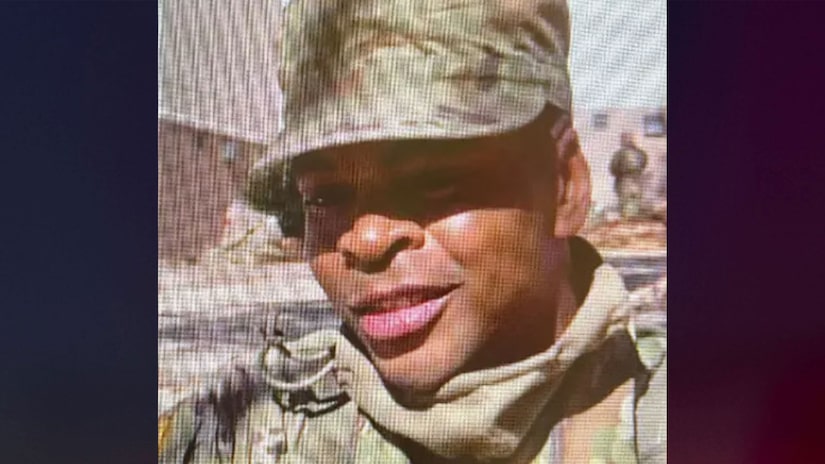 CHEROKEE COUNTY, Ga. (TCD) -- A 30-year-old army soldier allegedly shot himself after shooting and killing his ex-wife and her mother as she held their 4-month-old child.

According to WSB-TV, on Sunday, May 22, at approximately 9:45 p.m., Cherokee County Sheriff’s Office deputies responded to an area near Autumn Brook Drive to a report of a shooting. Inside the home, authorities reportedly found two victims: 30-year-old Victoria Thomas and her mother, Myrna Garcia. Thomas was pronounced dead at the scene while Garcia was transported to a hospital in critical condition, WSB reports.

Thomas’ two children were allegedly inside the home during the shooting, but they did not endure any injuries.

The victim’s ex-husband, Christopher Thomas, was reportedly identified as the suspect in the case. According to WAGA-TV, Thomas initially fled the scene, and deputies asked the public’s help in locating him. Eventually, he was found on Monday, May 23, at around 6 p.m. at a Walmart in Paulding County.

Thomas attempted to kill himself via self-inflicted gunshot, WAGA reports, and he was transported to a hospital, where he later succumbed to his injuries.

Investigators told WAGA that Thomas was in the Army but not on active duty at the time of the shooting.

According to court records obtained by WSB, Thomas was arrested in late 2021 for allegedly strangling his then-wife, resulting in her needing hospital treatment when she was around eight months pregnant. The victim allegedly divorced Thomas and moved in with her mother.