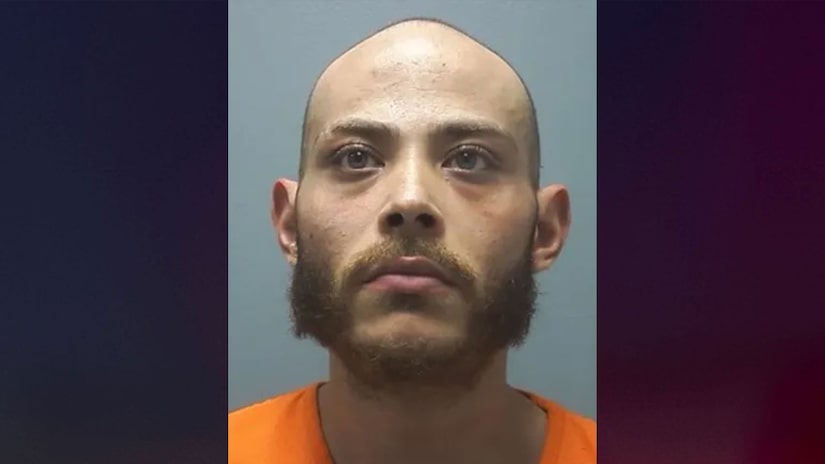 CHEROKEE COUNTY, Ga. (TCD) -- A 31-year-old man was convicted recently of repeatedly attacking his pregnant girlfriend, including kicking her in the abdomen.

According to a press release from Cherokee County District Attorney Shannon Wallace, on Dec. 21, 2020, Joseph Newton’s live-in girlfriend tried to leave their home after an argument. Newton withheld his girlfriend’s car keys and cellphone, so she left the residence on foot. Wallace says Newton chased his girlfriend "through the neighborhood, yanked her by the hair, tore off her clothes, and dragged her across a yard and a driveway."

Wallace says the victim suffered swelling, scratches, and bruising. She was reportedly able to escape and call 911 the next day.

On Oct. 10, 2021, Wallace says authorities received a report of domestic violence involving Newton and his girlfriend after she broke up with him for the sake of their unborn child.

According to Wallace, "Newton punched his girlfriend, kicked her, spit on her, strangled her, dragged her, hit her with objects in their apartment, slammed her head against the floor, and stomped on her abdomen with his foot."

Additionally, Wallace says, "Afterwards, as she lay on the floor in pain, he poured salt, sugar, and coffee grounds on her open wounds. At some point, he fell asleep and she escaped through an apartment window, got into her car, and called 911."

At the scene, responders reportedly found the victim with swollen eyes and lips, and signs of strangulation, including neck pain, sore throat, difficulty swallowing, vision changes, lightheadedness, and droopy face. The victim was brought to the hospital for treatment and had suffered a subchorionic hemorrhage of the placenta, Wallace says. The baby is expected to survive.

According to Wallace, Woodstock Police found Newton hiding in the attic and arrested him.

In a statement, Wallace said, "After enduring a brutal assault, this resilient young woman escaped her abuser and called 911 while driving to a safe place. During that call, she described the events that occurred and, for the first time, pleaded for help."

Wallace added, "Even though Newton beat her for hours, she had the strength and courage to escape — ensuring that she and her baby would survive."

According to Wallace, the state presented over 200 exhibits, and 13 witnesses were called to the stand at trial. Wallace says some of the exhibits presented include photographs of the victim’s injuries, along with jail calls in which Newton told the victim to lie about the October incident.