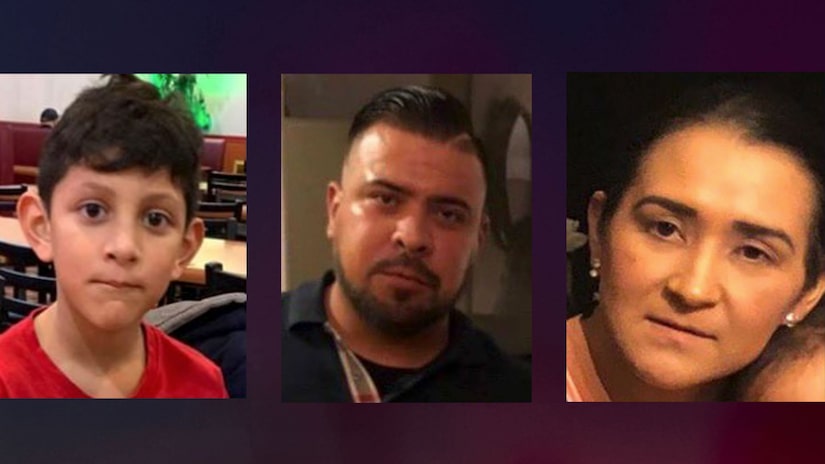 PASCO, Wash. (TCD) -- Police have issued a country-wide arrest warrant for a 33-year-old man and his girlfriend after remains found in a rural area were identified as the man’s 8-year-old son.

Pasco Police said in June 2021 that Edgar Casian, 8, had not been "credibly accounted for" since September 2020. His two siblings, 9 and 3, were reportedly seen in Tijuana, Mexico, "under alarmingly dangerous conditions." Casian was reported missing May 27, 2021.

According to the Tri-City Herald, Casian’s two sisters escaped from a hotel room in Tijuana and said they had been abused by their father, Edgar Casian-Garcia, and his girlfriend Araceli Medina. The 9-year-old girl reportedly could not walk, use the restroom, or eat without assistance.

KEPR-TV reports the 9-year-old allegedly told police Casian-Garcia and Medina poured boiling water on her body, which caused burns on her legs and hands, and also put her face in water in an attempt to drown her.

Officials reportedly issued arrest warrants for Casian-Garcia and Medina for first-degree assault of a child at the time.

According to Pasco Police, on Feb. 5, 2022, hikers in rural Benton County found human remains, which appeared to be those of a young child. Officials identified the remains as Casian by using dental records. Now, Pasco Police have issued a nationwide extraditable warrant for Casian-Garcia and Medina for first-degree murder.

Casian-Garcia and Medina remain on the run.