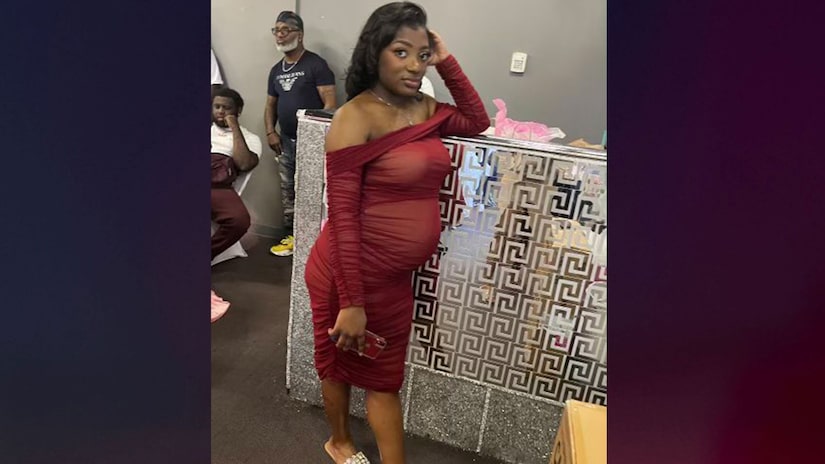 LOVEJOY, Ga. (TCD) -- A 27-year-old woman who was days away from her due date lost her unborn child after she was shot while sleeping.

According to the Lovejoy Police Department, officers responded to the Villas of Hampton Apartments on March 23, at around 1:45 a.m. for reports of a shooting. The victim, whom WAGA-TV identified as Princess Wolfe, was nine months pregnant. Her child died as a result of the shooting.

WAGA reports Wolfe was asleep with her 8-year-old daughter when she was shot in the stomach. Her 8-year-old was not harmed.

Wolfe reportedly recorded a video asking the public for help, saying, "I'm a victim of a gunshot wound to my daughter and myself. I'm just asking if anybody knows anything, if anybody saw anything, please contact Lovejoy Police. All I want is justice for my unborn child who was due in a couple of days."

WGCL-TV reports the baby's name was Cori. Wolfe's mother Taffie Pope told WGCL, "I missed the chance to hold my grandbaby, even deceased. It hurts so bad. It hurts so bad that I can’t touch her, smell her, or breathe her."

Pope reportedly suspects someone was stalking her daughter. She said Wolfe "had been receiving phone calls from someone, harassing her."