MOBILE, Ala. (TCD) -- A 9-year-old girl is facing charges relating to alleged abuse before her younger brother's death last week.

WPMI-TV reports the Mobile County District Attorney charged the girl with assault. Mobile Police Department officers responded to a residence on the 1800 block of Jacob Drive on Feb. 3 at approximately 8:19 a.m. for a medical emergency involving a child. The little boy was declared dead at the scene and his legal caregiver, Yolanda Coale, was taken into custody for aggravated child abuse.

According to Mobile Police, the boy "suffered signs of child abuse."

The victim's 9-year-old sister is accused of beating him with a broom. Court documents cited by WKRG-TV say the victim had injuries that pointed to long-standing abuse.

A probable cause affidavit cited by NBC News says Coale reportedly woke up to sounds of the 4-year-old boy screaming because he was being hit by the broomstick. The affidavit alleges the 9-year-old, "Did willfully torture, willfully abuse, cruelly beat or otherwise willfully maltreat said child by striking the child with a broom stick and/or other dangerous instrument, causing serious physical injury." 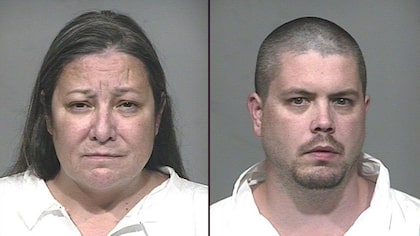