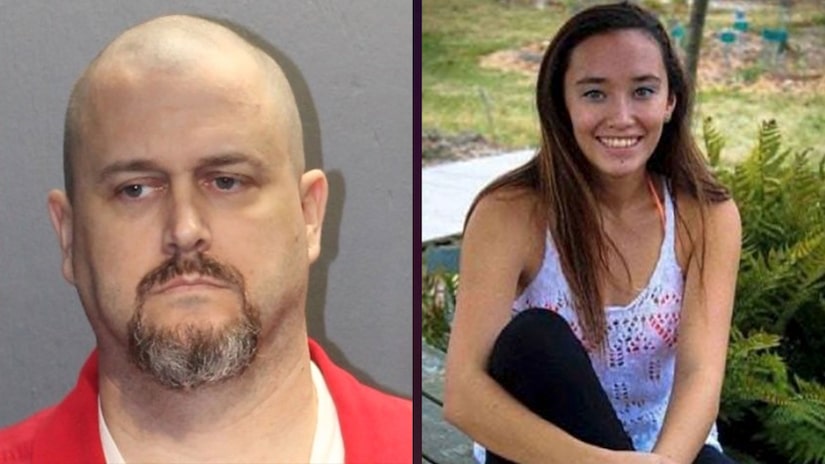 SOUTHAMPTON COUNTY, Va. (TCD) -- A 43-year-old man was convicted this week of killing his adopted stepdaughter and concealing her body near an abandoned home in Southampton County.

The Virginian-Pilot reports a jury took just about 40 minutes to reach their decision in finding Wesley Hadsell guilty of first-degree murder and concealing a dead body. Wesley’s stepdaughter Anjelica "A.J." Hadsell was reportedly home in Norfolk for spring break from Longwood University in March 2015 when she went missing.

Norfolk Police posted about her disappearance March 5, 2015, and said she was last seen March 3 at 5:30 a.m. near her parents' home in the Tarrallton Area. Police said at the time there was "no indication of foul play."

Officials reportedly located A.J.’s body behind an abandoned home in a drainage ditch five weeks after she was reported missing, according to The Virginian-Pilot. WAVY-TV reports the autopsy said A.J. was found face-down under a piece of plywood at the edge of a creek. The medical examiner ruled A.J., who was 18, died from acute heroin poisoning and homicidal violence. The Virginian-Pilot says she had three times the lethal heroin amount in her system, as well as bruising on her eyes and chin.

Deputy Commonwealth’s Attorney Toni Colvin said during the trial, "He abused her, he beat her, and then he poisoned her with heroin."

According to WAVY, Wesley’s defense attorneys said A.J. killed herself with medication because she was depressed about a recent breakup. Prosecutors, however, called that argument "absurd."

Wesley Hadsell was charged in A.J.’s death in November 2018, WAVY reports. Investigators reportedly found work gloves, duct tape, and a shovel in his work van. He was initially tried in February 2020, but a mistrial was declared just two days into it, according to WAVY.

He will be sentenced April 4 and could face life in prison.