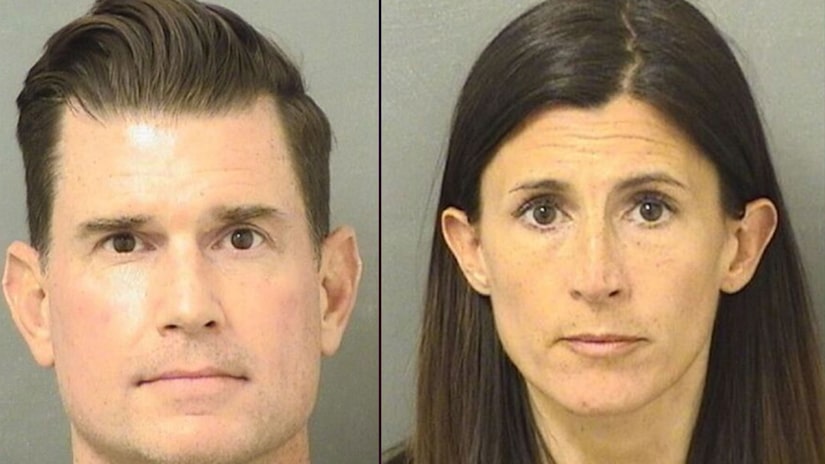 JUPITER, Fla. (TCD) -- Two parents were arrested on child abuse charges after allegedly forcing their adopted 13-year-old son to live in a garage.

According to a press release from the Jupiter Police Department, on Jan. 30, authorities responded to a home in the Egret Landing community "regarding a follow-up to a 13-year-old missing runaway investigation."

At the scene, detectives reportedly spoke to the juvenile’s mother, Tracy Ferriter, who would only allow one detective into her home. Upon further investigation in the garage, police say the detective found an 8-by-8-foot structure, which the mother said was a small office and storage space.

According to police, the structure within the garage had a doorknob and deadbolt locking from the exterior, and there was a camera, mattress, and a bucket within it.

On Jan. 31, police say the missing runaway juvenile was found at school and was interviewed. Authorities reportedly learned that the 13-year-old boy had been physically abused and forced to live within the garage structure since at least 2017 by his adopted parents, Tracy and Timothy Ferriter.

According to police, the 13-year-old boy attended school but would be confined to the garage structure for the rest of the day. Meals were reportedly provided for the teen along with a bucket for bathroom use.

Police say Tracy and Timothy were arrested and charged for aggravated child abuse. They were reportedly booked into the Palm Beach County Jail. According to police, Child Protective Services took in the suspects’ other three children who were living in the home.